A fairly random collection of things in various styles this week, with work from Melbourne, Paris, and Bratislava. 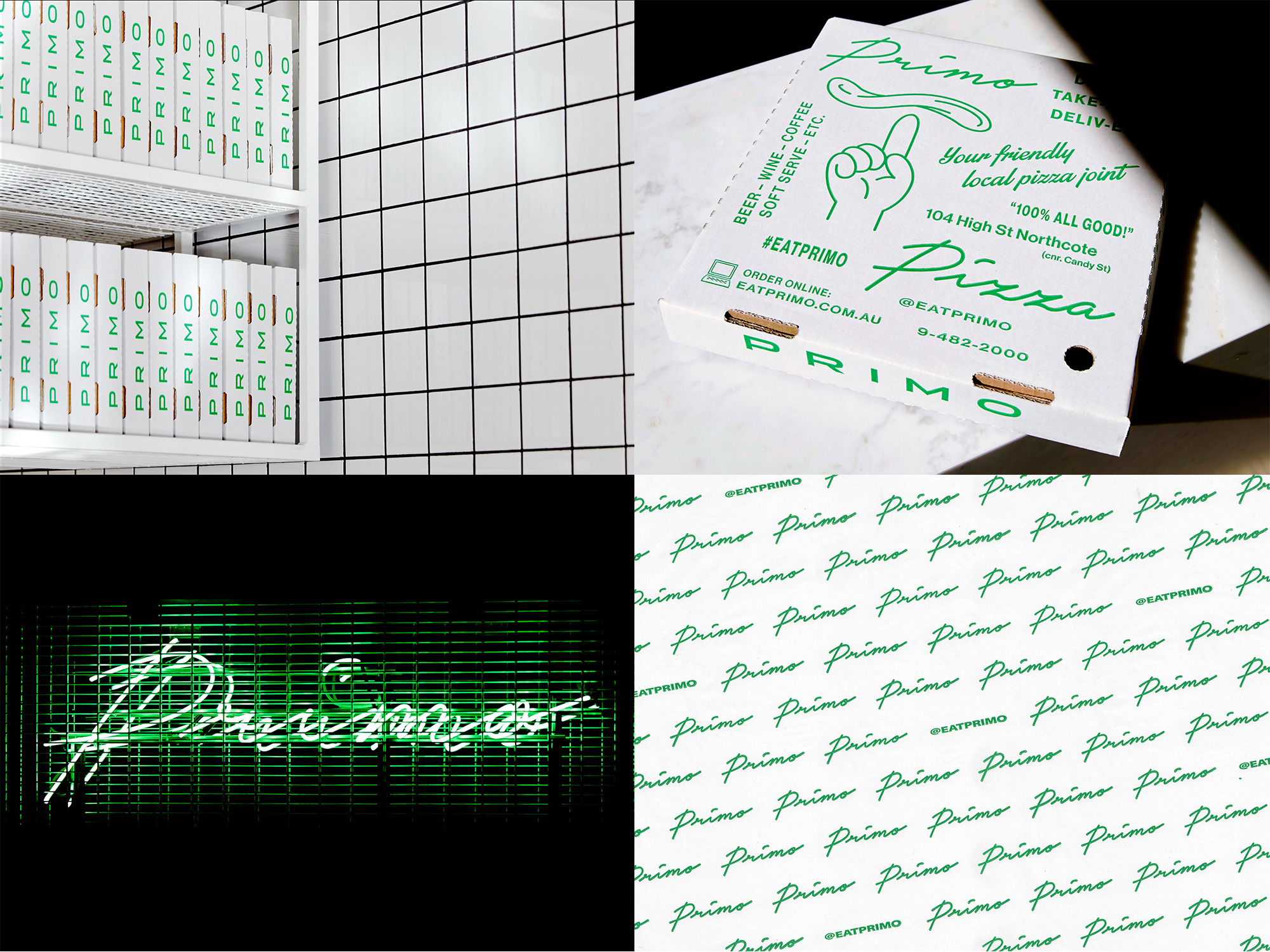 Primo is a pizza (and other Italian food) place in Northcote, an inner suburb of Melbourne, Australia. The identity, designed — two years ago, disclaimer — by Melbourne-based Never Now, is a funky combination of very different typefaces all acting as the logo and then coming together as a motley crew on the pizza box. The typefaces really have no rhyme or reason but unified by the bright green color and deployed with pizza-dough-flinging confidence, the result is oddly satisfying — with the understanding that there is some typographic irony going on. Bonus points for the happy hand flinging pizza drawing. See full project

Huit et demi (Eight and a Half) by Avant Post 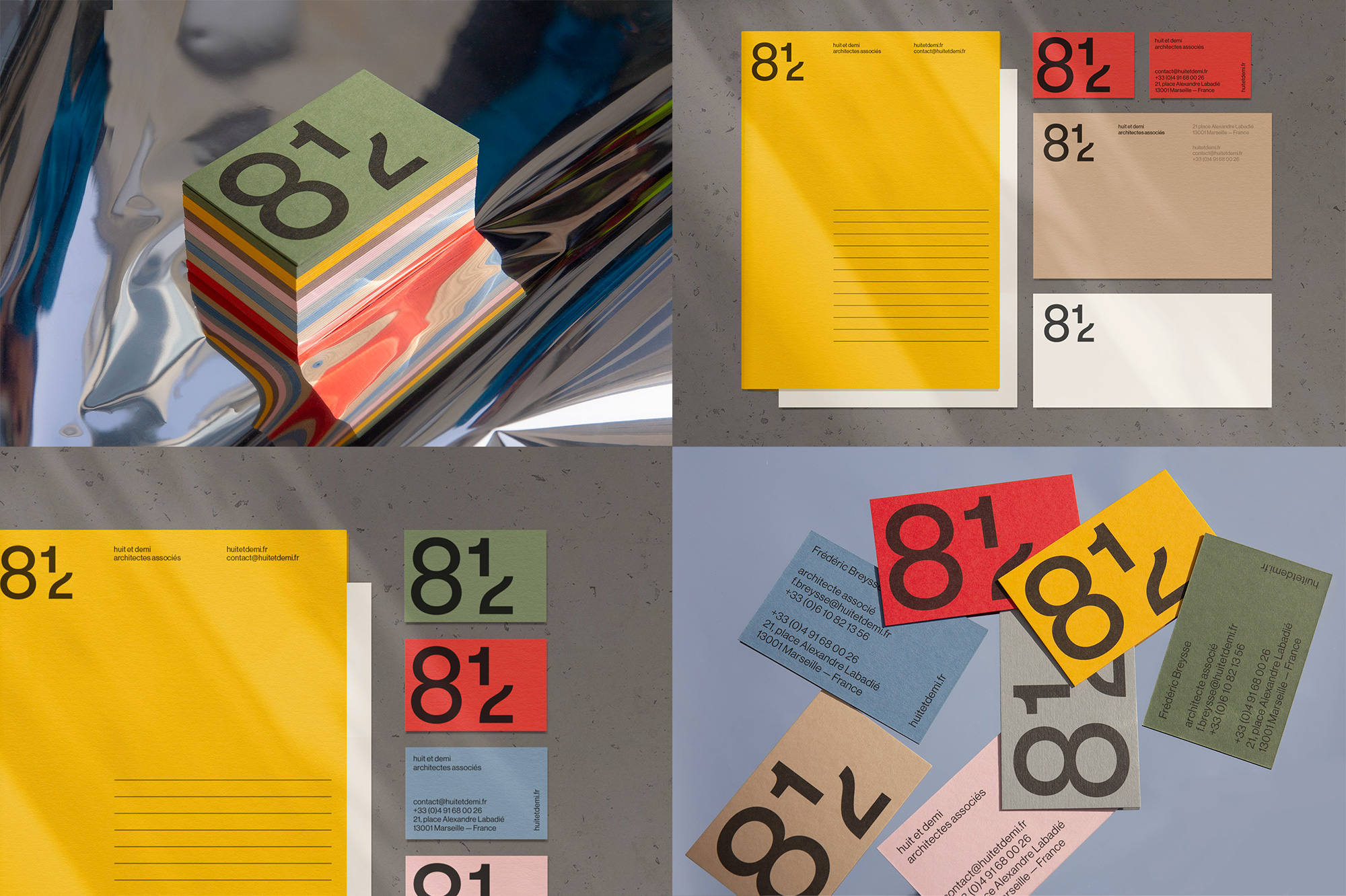 Huit et demi (Eight and a Half) is an architecture firm in Marseille, France, with nine partners (I’m not sure who the half is). The identity, designed by Paris, France-based Avant Post, is all about the great logo that cleverly slices the “1” and the “2” in half to create the illusion of a fraction with a slash or line between the smaller integer numbers. It’s an easy and sophisticated visual puzzle that should delight many. Not much in application, but what’s there is all in a Swiss style if that kind of thing rocks your boat — I’m more into the colored paper choices, which complement the logo quite well. See full project 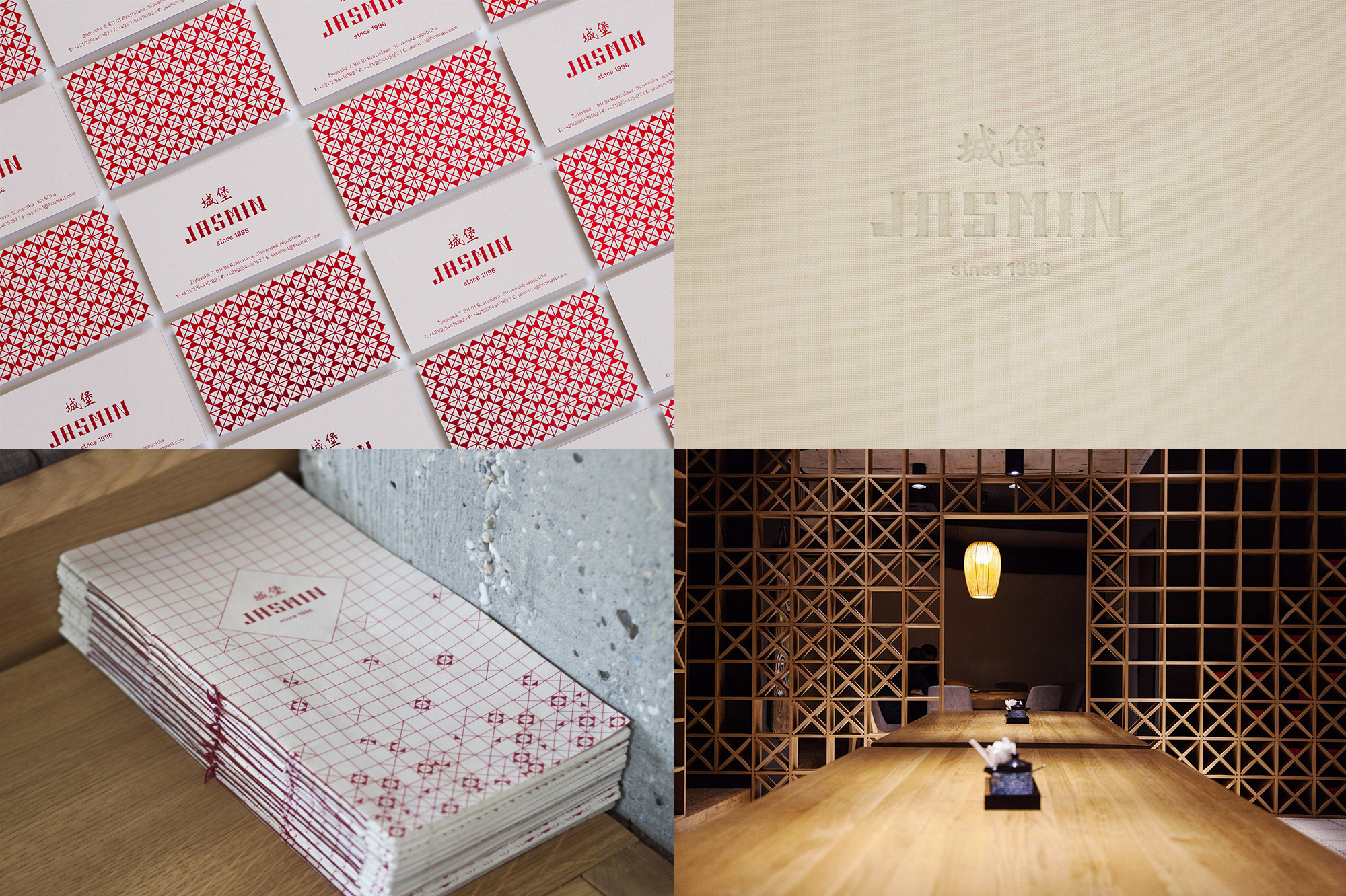 Jasmin is a Chinese restaurant in Bratislava, the capital of Slovakia, that has been around since 1996. The identity, designed by local firm Hungry Studio, works in tandem with the space’s redesign by Vallo Sadovsky Architects, particularly by picking up on the wood partitions, and turning them into a lovely set of patterns. The logo, which I am not sure if it’s custom lettering or a font (99% sure it’s a font), is quite nice as well and looks particularly good debossed on that burlap-y texture of the menu. I’m not crazy about the supporting typeface, Idealista, as it feels too “new”, but it would be easy to overlook given how nice the space you are dining in is. See full project