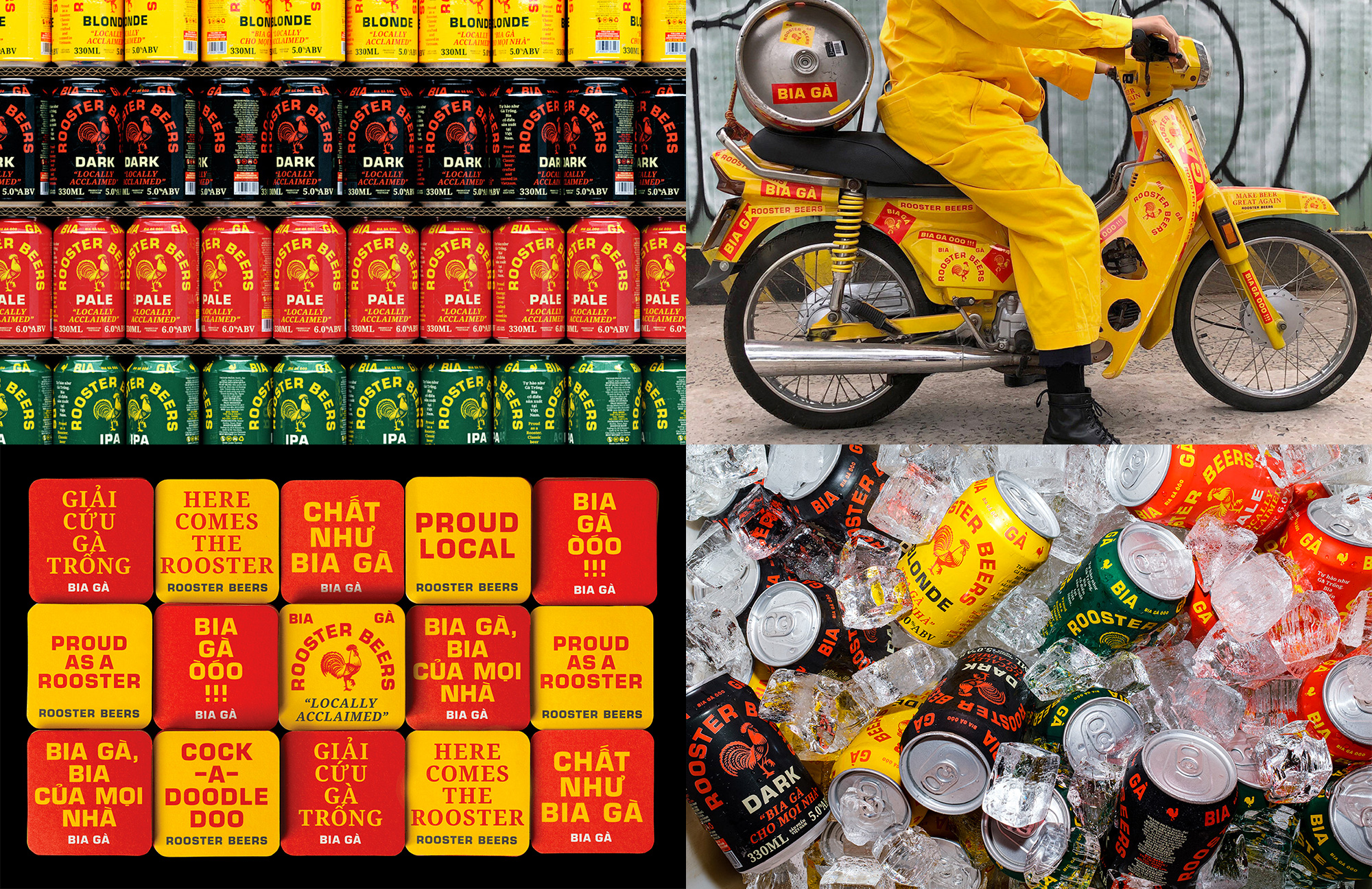 Rooster Beers is a microbrewery in Ho Chi Minh City, Vietnam, producing six classic beers (blonde, pale, dark, hefe, IPA, and pilsner) and no “wacky flavored beers”. Previously named Phat Rooster Beers and with a very questionable old logo, Rooster Beers worked with local firm Rice Creative on a new identity that is deceivingly straightforward featuring nothing more than Eurostile — who knew it could look so good?! — and a simple, realistic illustration of a rooster. The biggest graphic design trick is setting the name on a path on the cans but other than that it’s just straight-up, bold simplicity in a strong color palette that mixes its colors to perfection, starting with the signature yellow and red. Using stickers to brand motorcycles and kegs is not only budget-friendly but it looks bad-ass as well. See full project 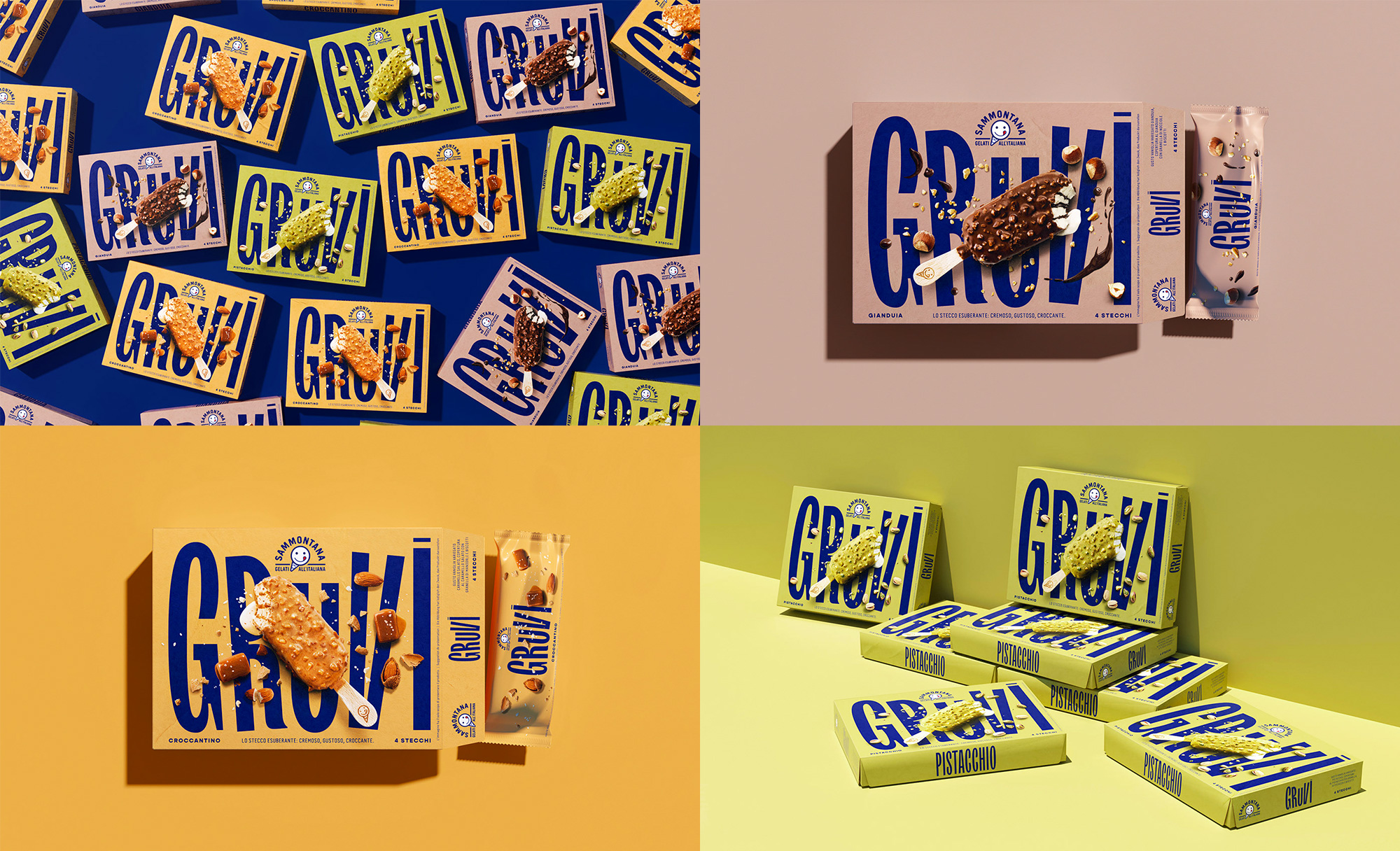 Gruvi is a new range of ice cream bars from Sammontana, a leading Italian producer of industrial ice cream and frozen goods. The identity, designed by Florence, Italy-based Auge Design, pays off on the name (also created by Auge Design) with a groovy, jumbled wordmark that, on the packaging, is covered by a great product photo that has been fantastically well silhouetted and literally looks like the ice cream bar is sitting there on the box. This is such a great take on the obligatory product/ingredient photos usually seen on mainstream packaging as, here, they become the hero visual of the design. Even the Sammontana logo, which is cute but not great, looks good on the boxes, as the wordmark makes room for it with the “U” being smaller. The dark blue of the wordmark looks great on the three colors, especially the pistachio one, even more especially because I love pistachio ice cream. See full project 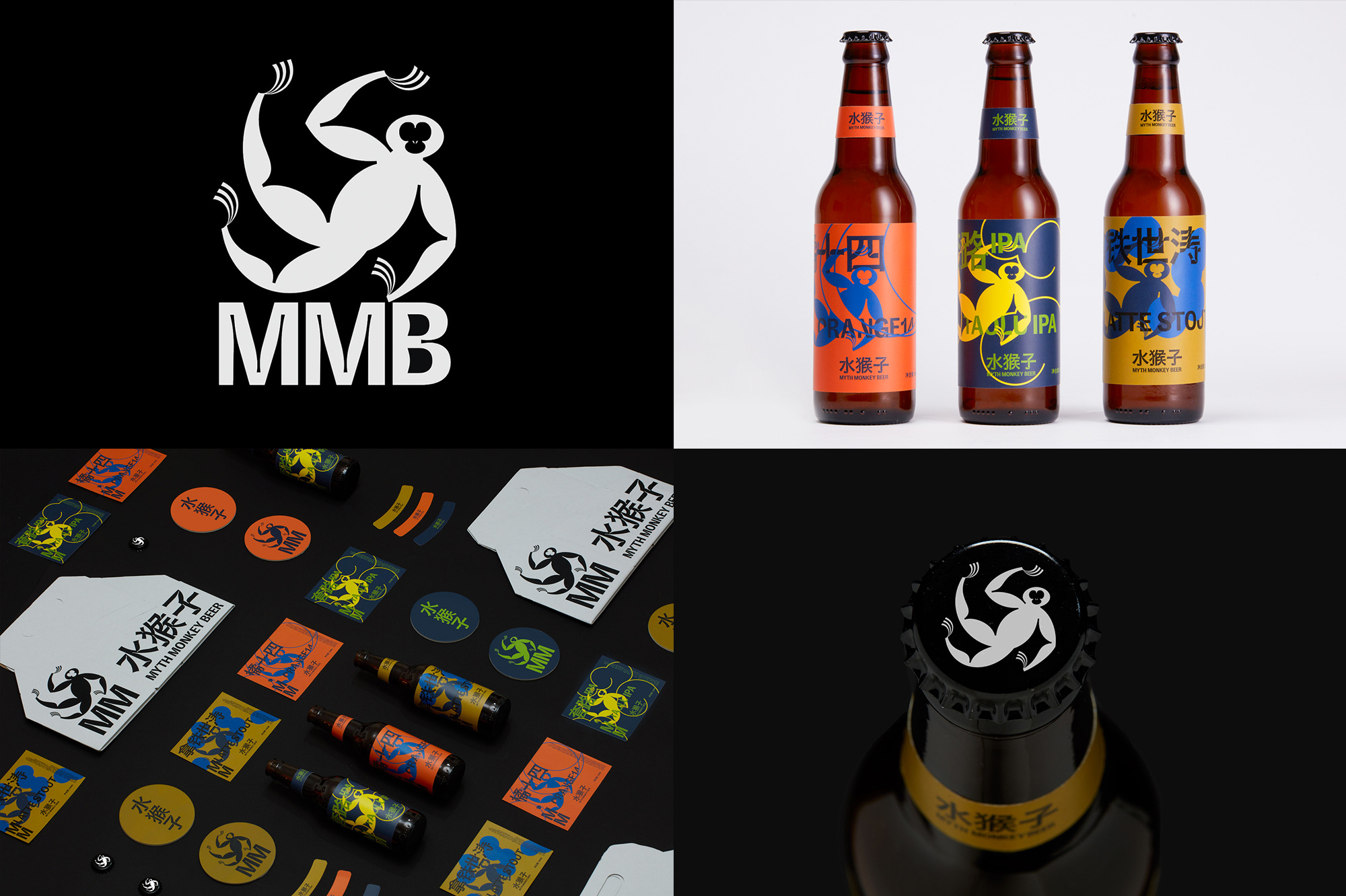 Myth Monkey Beer is a microbrewery located in Wuhu, China, and, as opposed to Rooster Beers, they do make some of those wacky flavored beers, where their signature beers are “fruity and fragrant, appealing to a younger, more casual audience”. The identity, designed by Beijing, China-based Meat, features a great, funky drawing of a monkey with matching ink traps to those of its two wordmarks in Latin and Chinese — you know how much I love ink traps, so a triple serving across icon and languages is guaranteed satisfaction. The black and white approach on the logo works great and I wish they had kept it like that for the beer labels as I think that would have been epic but I can also appreciate the opposite end of the spectrum where they went with some striking color combinations and slightly stranger layouts. I’m here for that 6-pack box, though. See full project