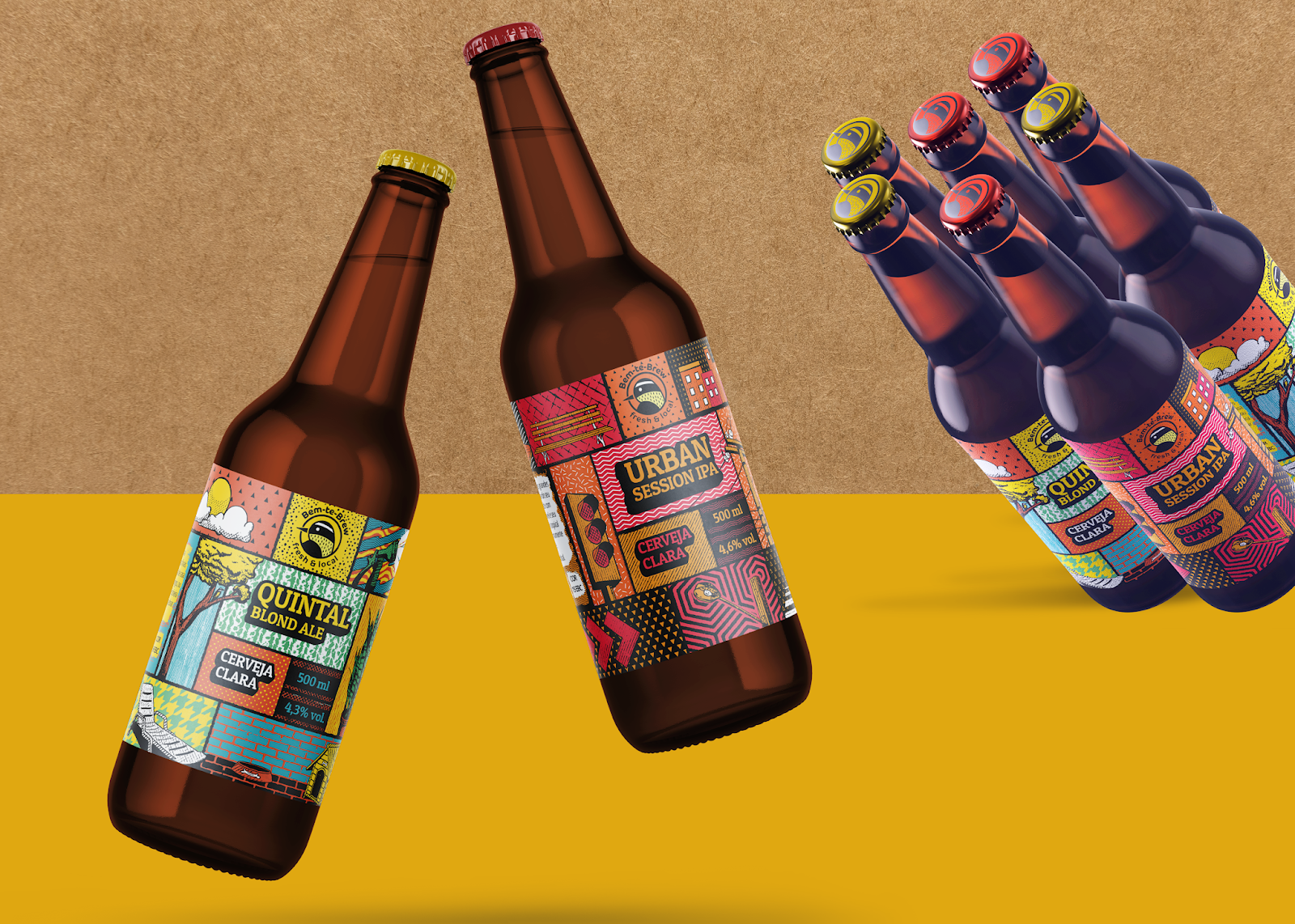 Goal
Craft beer has a whole culture around them. The goal of Bem-te-Brew is to bring culture and costumers closer together, contributing to the craft beer scene. My mission was to visually represent this proactiveness and create the possibility of a connection between costumers and partners.

Outcome
A logo was created to represent the brand and two illustrated labels for the debut launch. About them
Bem-te-Brew is a craft beer from Ribeirão Preto (São Paulo, Brazil) that has a mission to bring the whole universe of craft beer closer to the general public and contribute to the appreciation of it.

The need
Vanessa, the founder of Bem-te-Brew, reached out to me during a turning point in her life. As her interest in brewing got bigger, she found herself a new passion and was ready to take the next step and make her own brand a reality.

She already had a name for it: Bem-te-Brew, a wordplay with the call of the great kiskadee, a common bird in urban areas of São Paulo. (“bem-te-vi” means “I saw you well” in Portuguese). Now she needed a logo and custom labels for her first batch of beers, a Session Ipa and a Blond Ale.


Labels
They are a very important aspect of beverage brands, used to stand out among competitors and translate visually the brand and the type of beer. Urban Session Ipa and Quintal Blond Ale (Backyard Blond Ale) were the name of the two initial beers launching with the brand. They were inspired in common places where the kiskadee can be found in urban areas.

Both labels are made of small illustrated scenes of day to day life in these places. Scenes that are very relatable to anyone living in the big city.


What's Unique?
The labels are special because they use objects and scenes common in the everyday life of the average citizen of São Paulo. Something nearly everyone can relate to and almost instantly create a connection to.