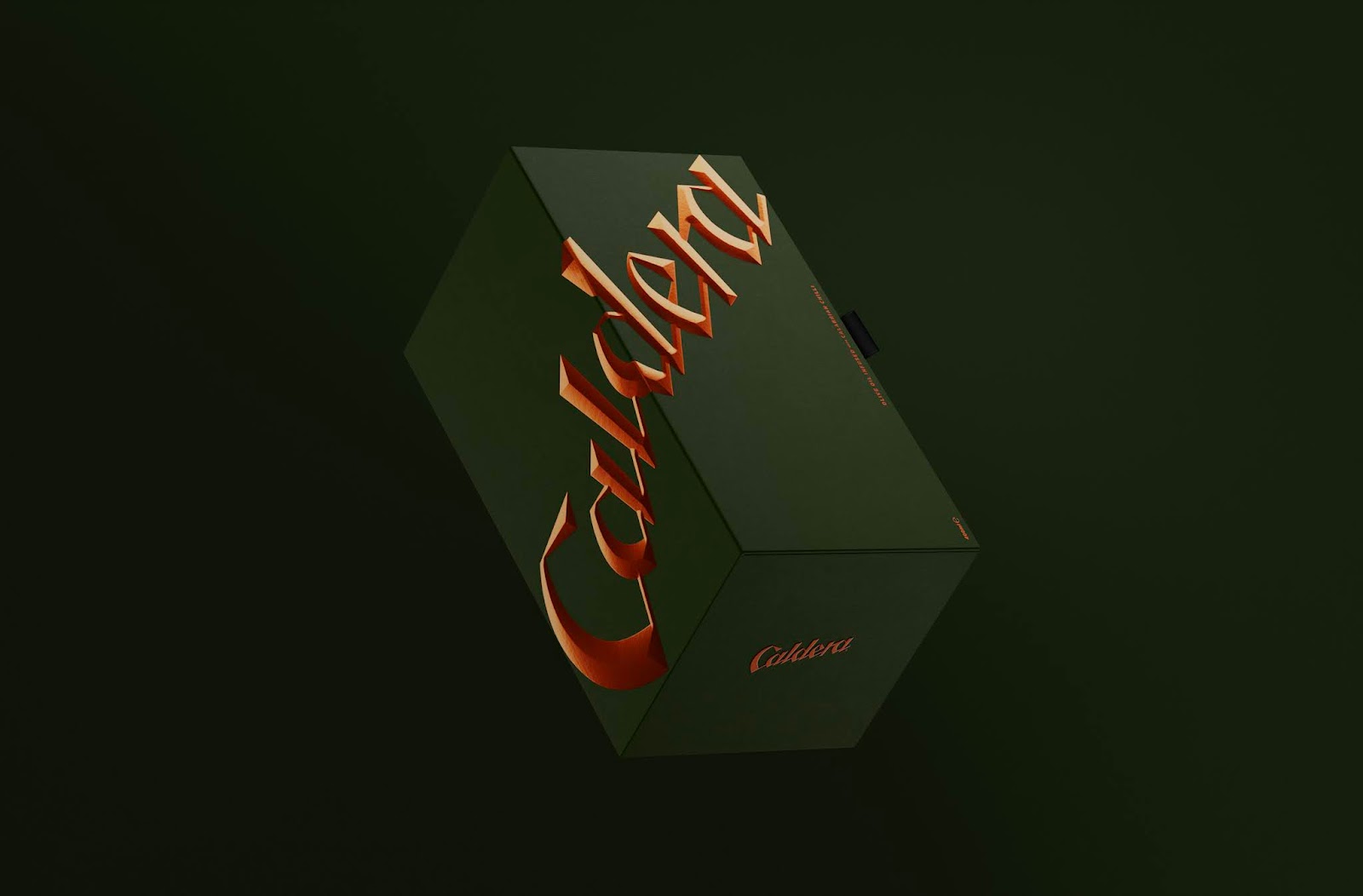 Caldera is a luxury chilli infused olive oil from the heart of Naples, world-class and worthy of Italy’s global reputation. Founded in 2020 the makers of Caldera wanted to capsulise on the history of their home region, Studio Unbound took inspiration for the brand from the story of fire and stone that rained down on Naples many centuries ago when Mount Vesuvius famously erupted.

When it came to naming, Studio Unbound delved into research and discovered the word Caldera. Caldera is the name of the large cauldron-like shape formed when a volcano erupts, this worked as the perfect metaphor as a vessel that contains the fiery hot oil inside. The product's ingredients have a direct connection to the story as well, with the land being infused with the rich volcanic nutrients it helps grow some of the world's best Olives and Calabrian chillies which gives the oil its fiery heat.

The Caldera bottle is a fired-in-clay terracotta traditionally used in bottling olive oil during the roman period – Our inspiration for the structure came from a fortuitous archaeological find – Archaeologists discovered a preserved olive oil bottle from 79 A.D unearthed beneath a layer of molten rock. The stopper is formed from crystallised volcanic rock, carved and finished with a seal tight cork to give the perfect finish to the bottle.

Our brand colours of rich olive green derive from the rich farming landscape as well as the olive itself – Our hot orange takes inspiration from the burning volcanic lava flowing through the veins of the region. In the packaging we see the coastline of the region portrayed by a drizzle of the story of Caldera. In the heart of the box is a photo taken from the most recent of eruptions in the region. The bottle sits comfortably in an ash black inset within the box giving a nod to where the original bottle was found. The typographies jagged & raw embossing mimics the harsh form of volcanic rock. In all, the Caldera packaging is a celebration of history & nature at its finest, turning the fear of the region on its head by embracing the fire and harnessing it to produce Caldera. 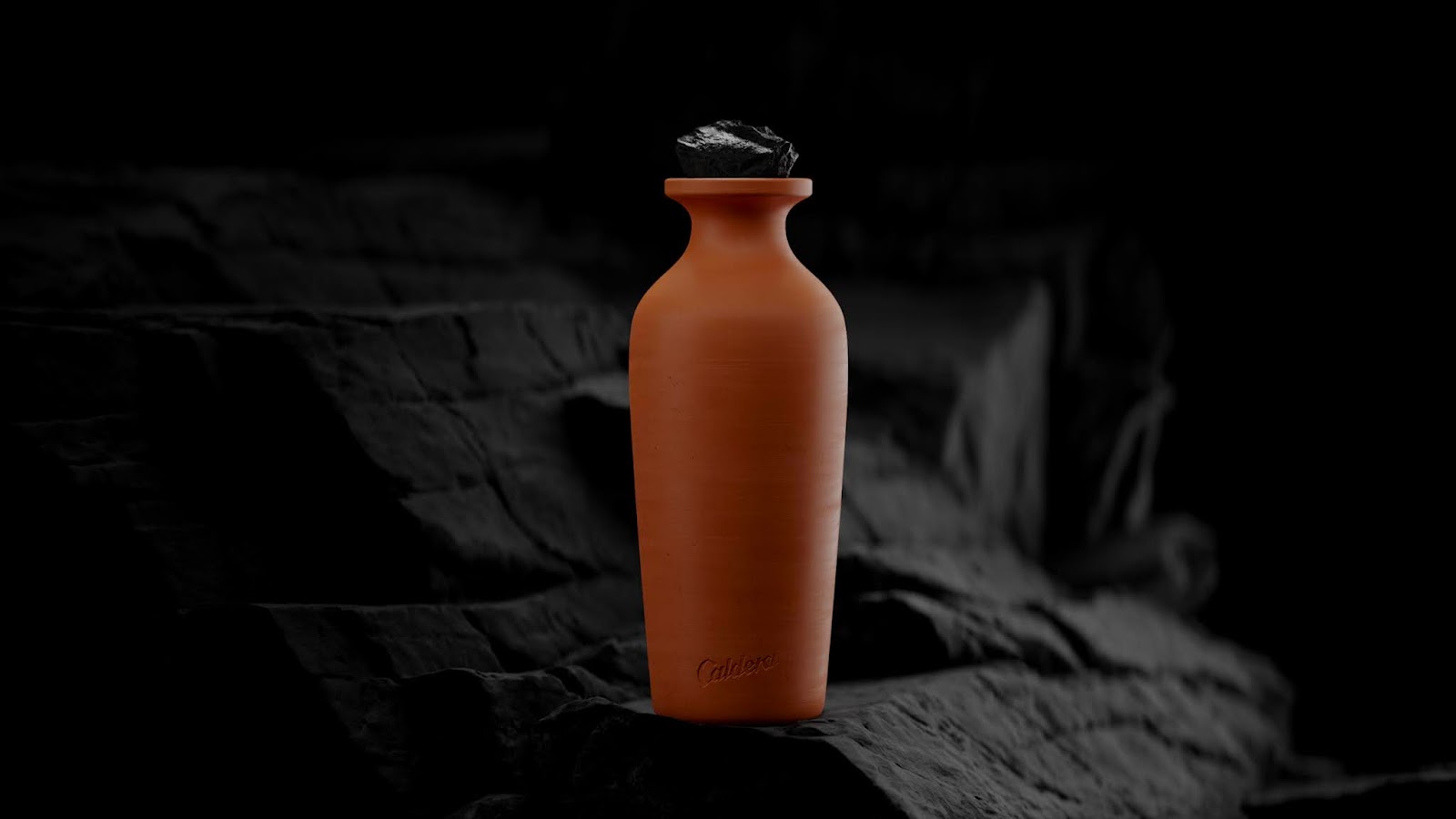 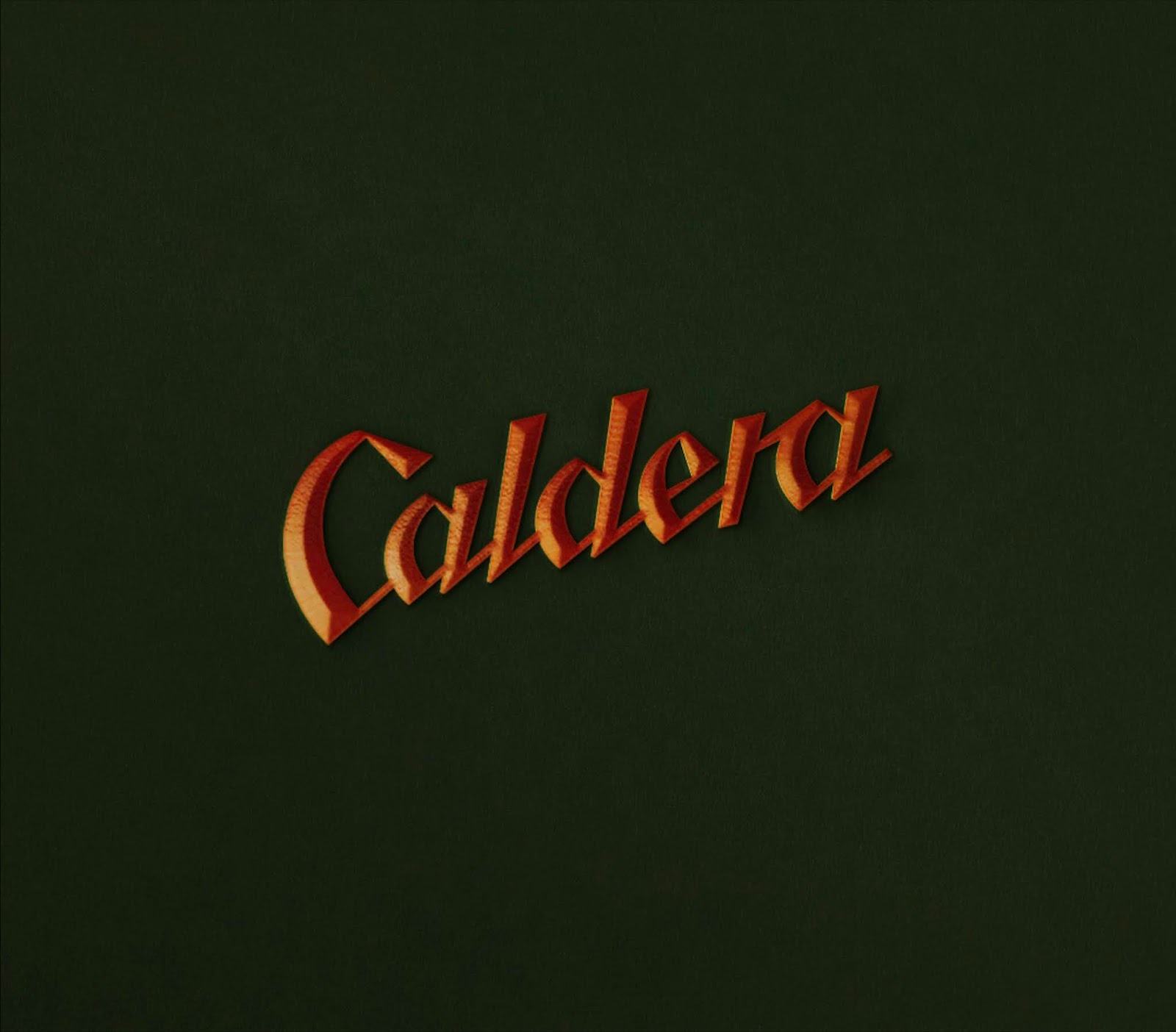 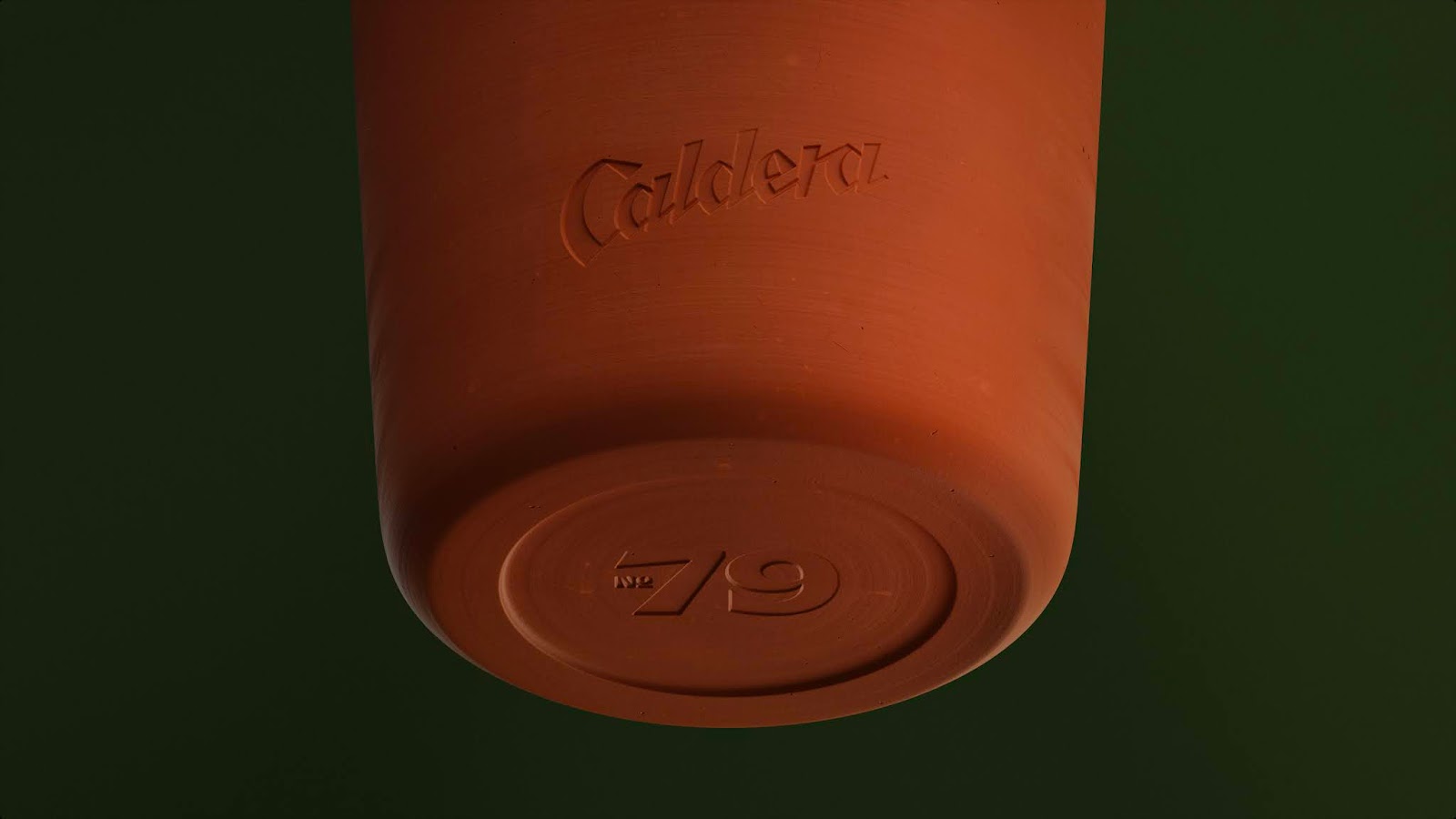 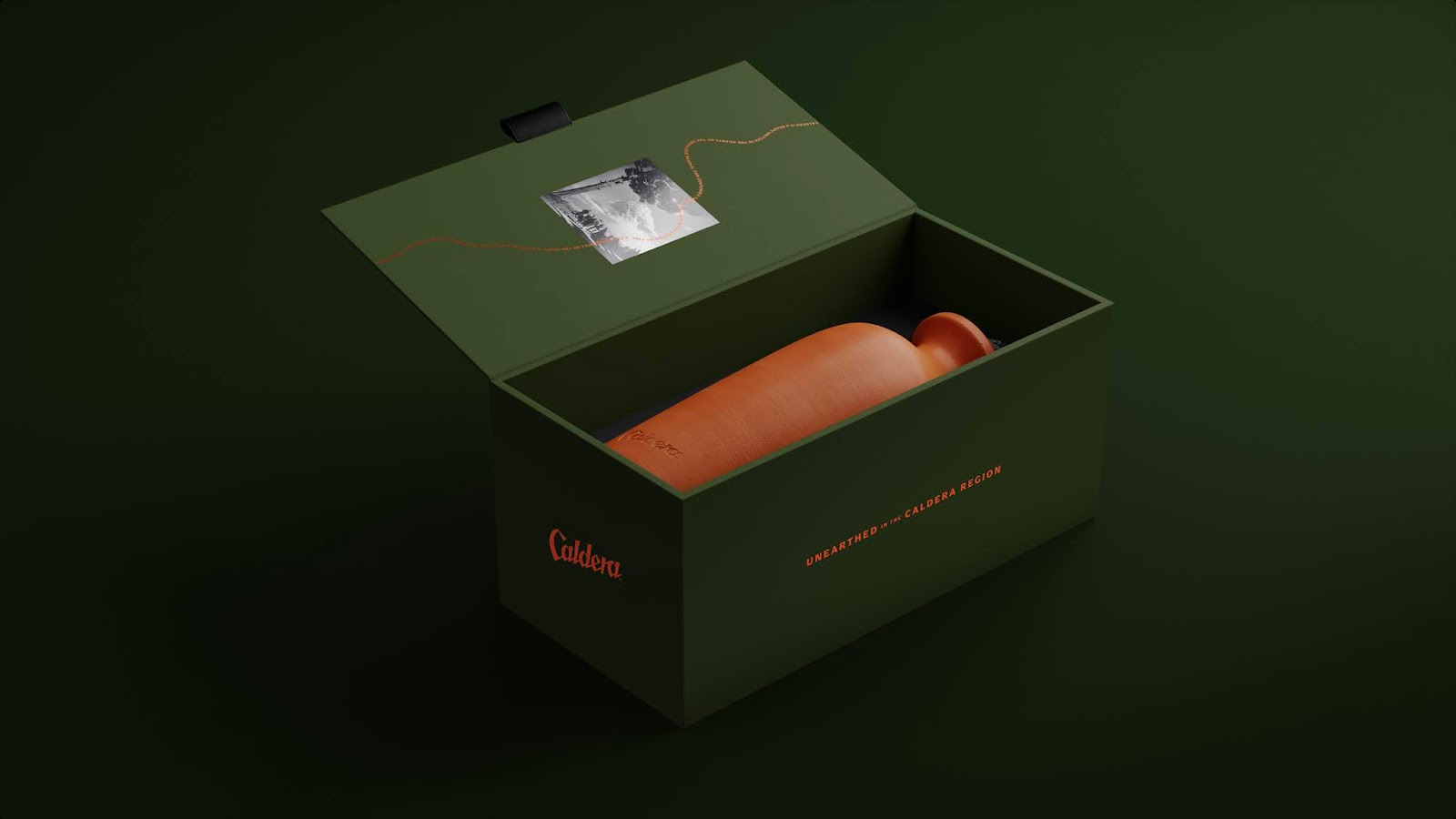 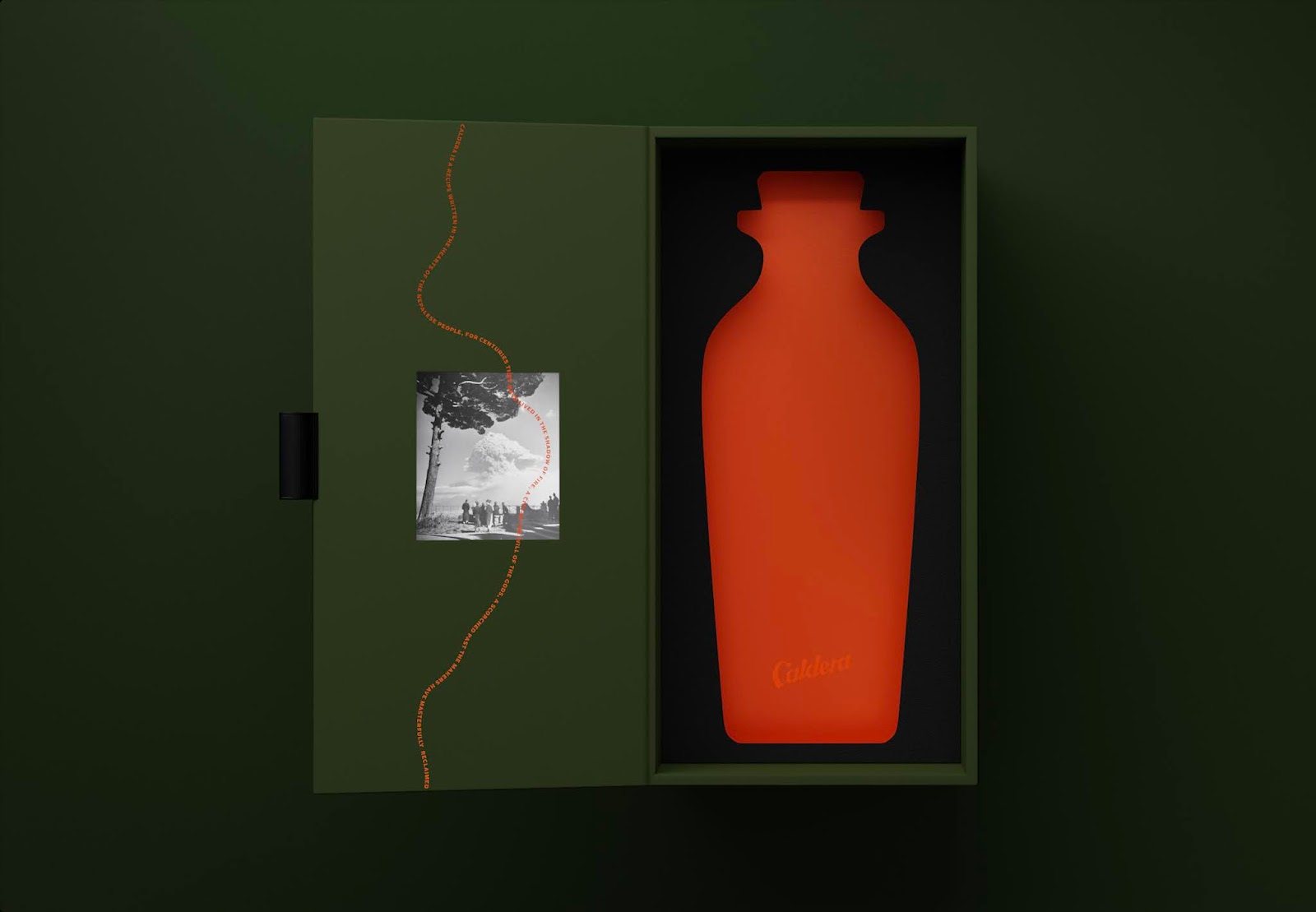