The primary Idea was to create the cover for the Goodbye June single – Good Side. The style request technique was a mix of hand drawn style and a digital realistic painting, but it was featured they need to make it unique and quite a psychedelic. The main character of this cover is a Black Bird in the sunset grass.

The Band was thrilled to see the final cover, so it was decided to create the Master Image for the album cover + the series of a small booklet illustrations. There was the peace of the same Universe on the Master Image, but the area was extended – I needed to include some signs on the illustration such as Capricorn and Cancer constellations, the engraved shape of the wine glass on the weeping willow bark, the broken frame in the grass, Virgin Maria statue, the daisy on the first plan, the thunder cloud and the American flag on the wind.

So now on the cover you can see the window to another fairy world – the world of the green magic valley in the rays of the sunset with the psychedelic vibrant feathers of grass, and the Milky Way on the star sky. 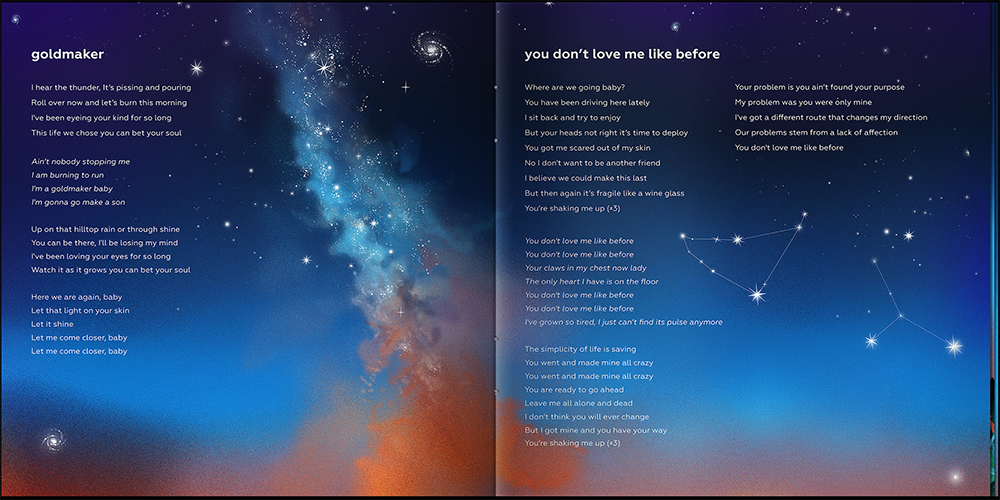 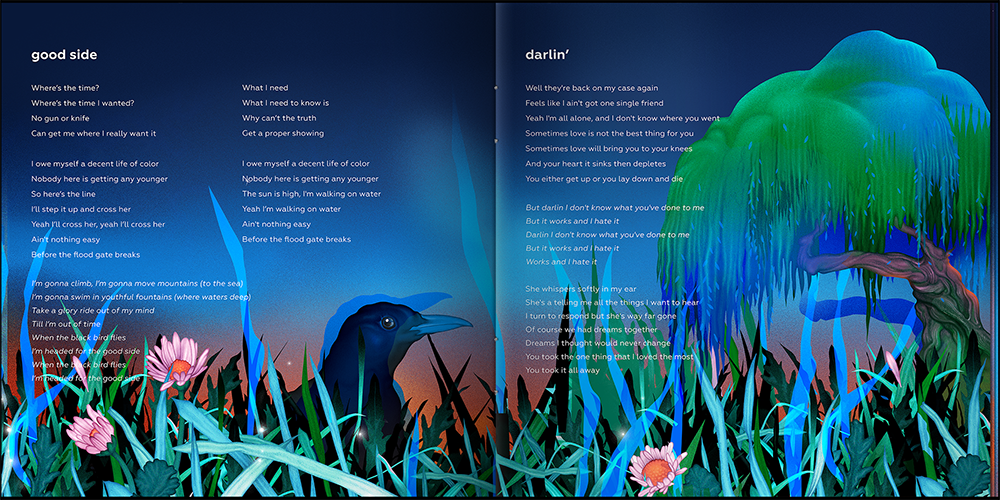 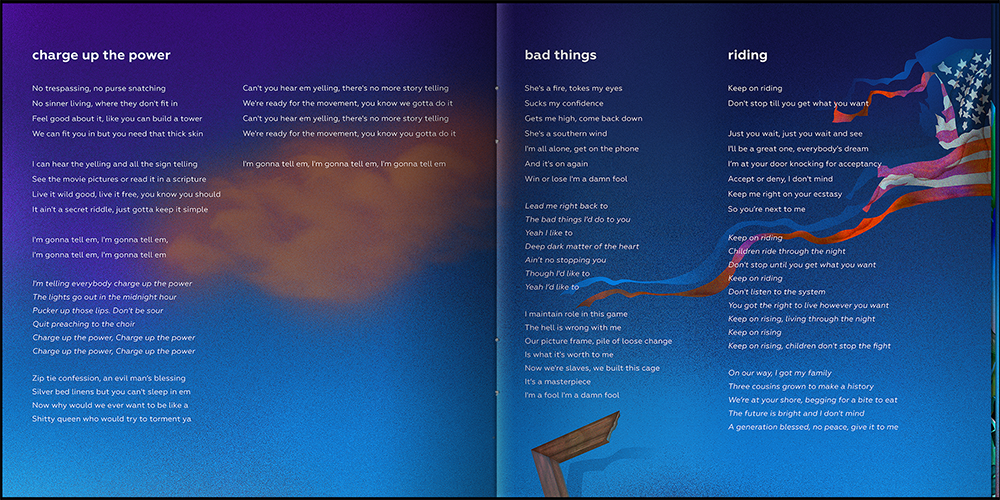 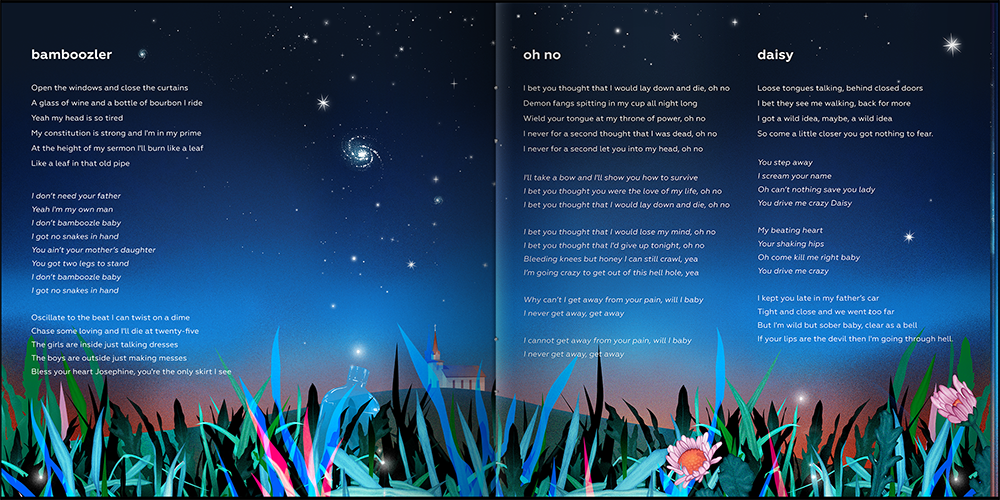 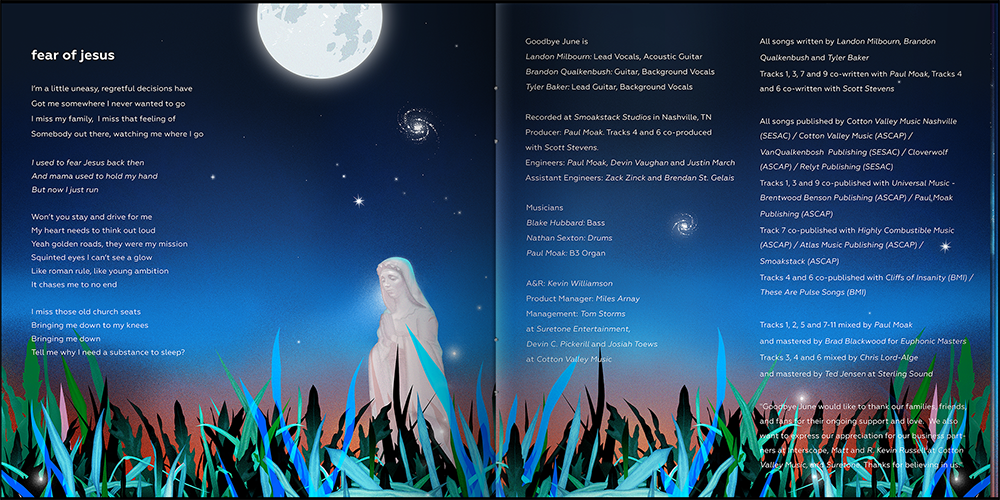 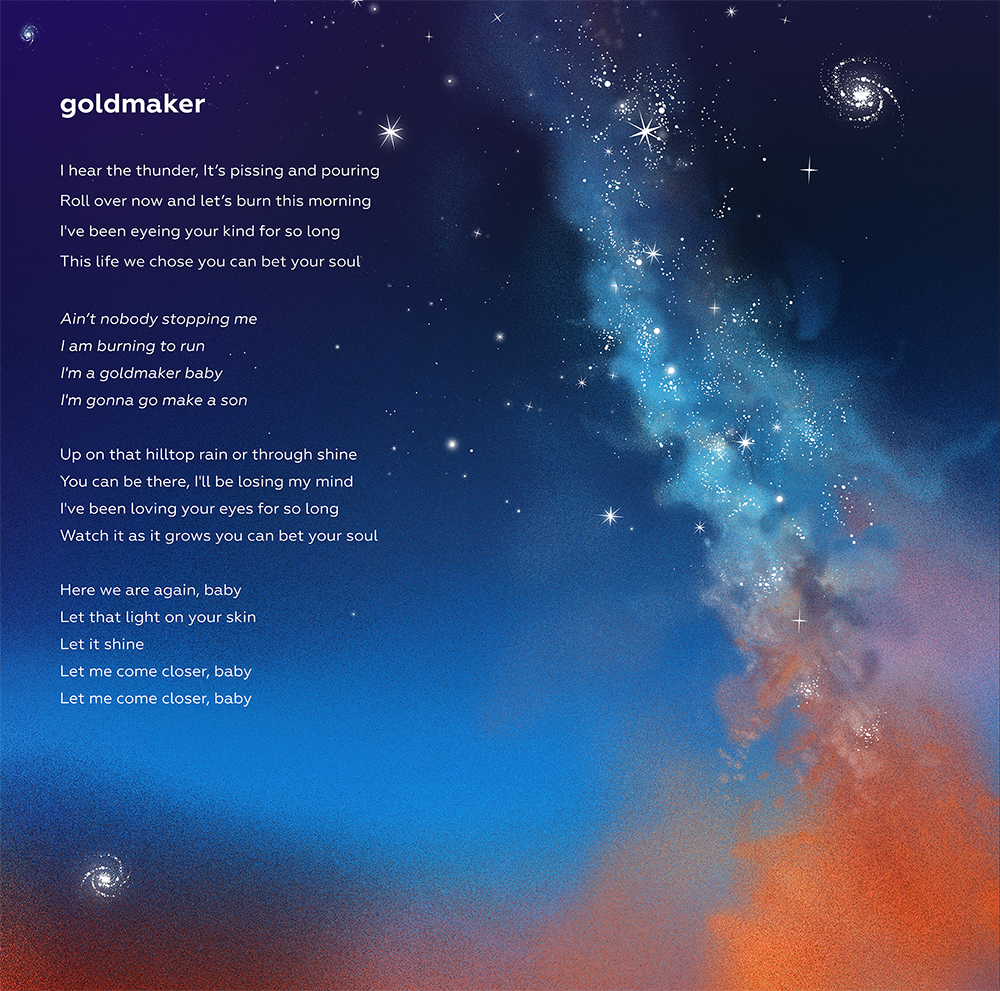 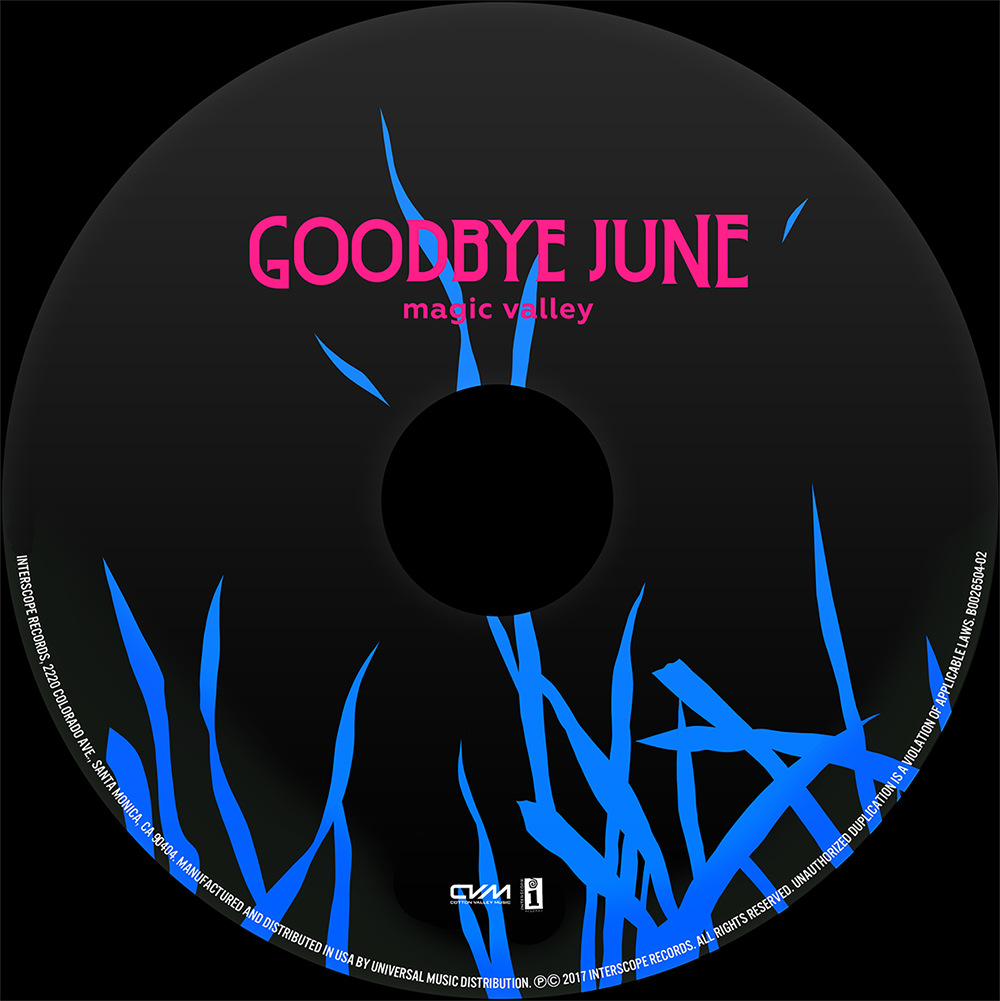