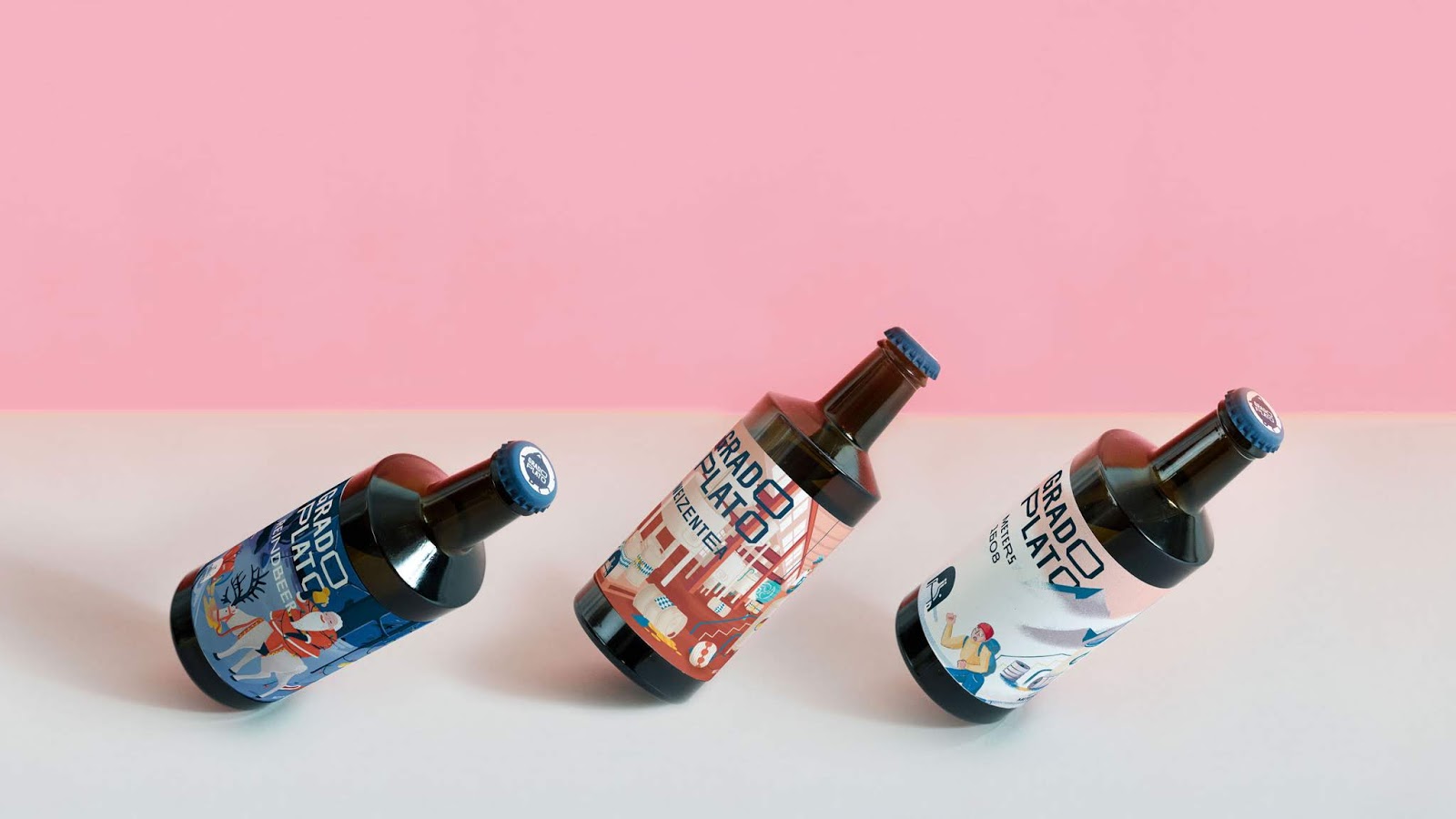 Since 2003 Grado Plato has been crafting their solid, no-frills beers out of their brewery in Chieri, Italy. A place where respect for traditional processes mixes up with the willingness to try new things, creating unexpected ingredient combinations. As the brand is growing (and getting a beer garden in the trendy city center of Torino) and stepping out of a “we do it all in-house” kind of approach, we were asked to capture the true spirit of the brand while giving it a true makeover. That’s how we've started working with the group of long-time friends and master brewers of Grado Plato to create a punchy new brand with real shelf standout.

As the brand is growing and refining its image, we were asked to capture the true spirit of the brand, while giving it a true makeover. That’s how we've started working with the group of long-time friends and master brewers of Grado Plato to create a punchy new brand with real shelf standout. 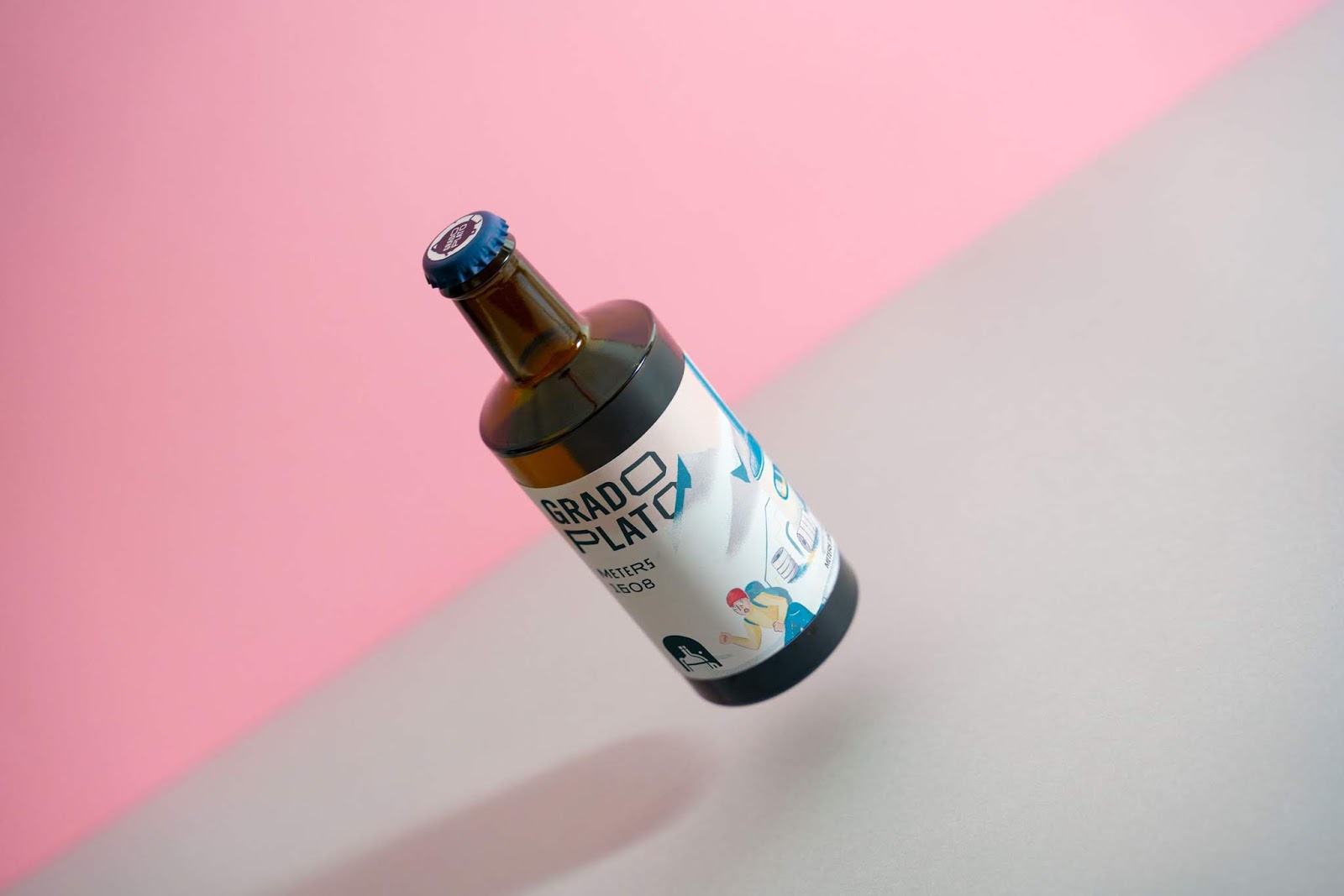 Logo & Brand (Together with the label, the general brand underwent a deep redesign.)
Further than updating and simplifying the original fermenter shape, we softened the harsh yellow/black palette juxtaposition by veering the latter towards a deep blue and introduced a bolder lettering, allowing the brand to stand out in its own typographic dignity. To do that, we used Stonewall 50, a brave multi-width display font designed by Feeld’s creative team with typeface designer Bobby Tannam in celebration of the 50th anniversary of Pride and the 1969 Stonewall uprising. To keep up with a new, sharper look, we suggested a change in the design of the beer bottle, picking a more distinguished shape capable of amplifying those 45° cuts connoting the "O"s in the logo.

Label Concept
Each beer name hints at a story, sometimes a personal one, shared by the founders and kept in some kind of secrecy, as the inside joke of a group of close friends. We liked the amount of history behind each bottle and wanted to celebrate that, without giving away those personal stories. That's why we chose to approach the project with fully colored illustrations that give sense to those beer names – even though a fully twisted one. Real-life stories get blurred and mixed-up with hyperbolic, out-of-the-box scenarios – that story about when the guys tried mixing (a fancy kind of hop imported from Bavaria/) Weizen style German hops with a Chinese green tea turns into a man in traditional Bavarian costume escaping from an untamable tiger. 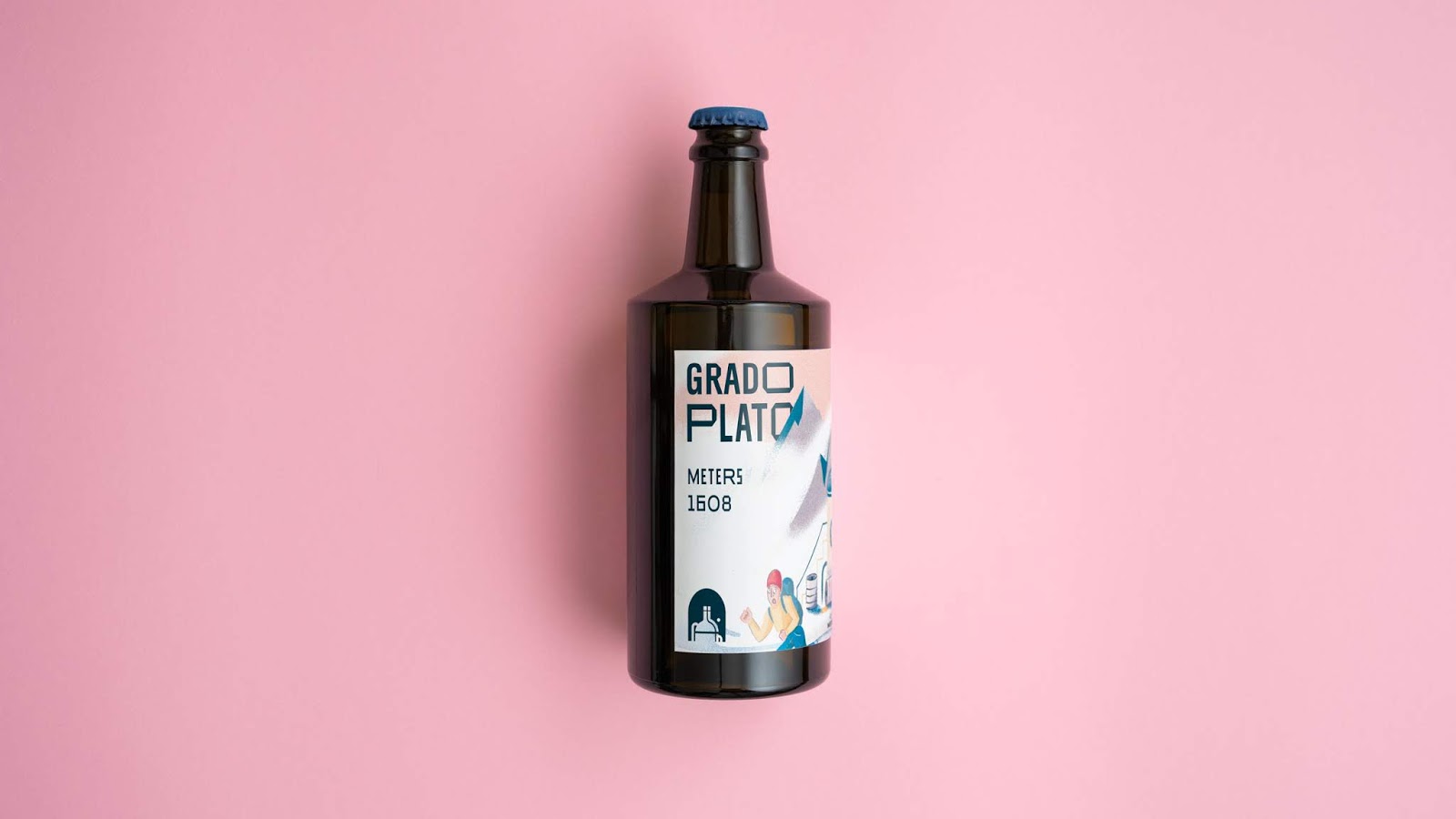 Layout
Early in the project, we found issues with Grado Plato’s current label, that adopted a redundant repetition of the logo and inconsistent use of either full colors or mixed-style illustrations. We adopted an unconventional, asymmetrical label layout, where the brand and beer name are placed on the left side,  while the beer fermenter, which is also represented in the logo, stands at the center of every illustration—entering each of the surreal words created each beer type.

WEIZENTEA Label Concept
That time the guys tried mixing Weizen style German hops with a Chinese green tea turns into a man in traditional Bavarian costume trying to escape from an untamable tiger.

REINDBEER Label Concept
That story about gifts being dropped off on Christmas night gets a bit out of control when all of Santa’s packages are kegs and, well, he decides to set up an impromptu beer tasting session.

MR 1608 Label Concept
One of the guys’ secret mountain spot becomes the setting for an improbable encounter between an expert excursionist and an Abominable Snowman with a taste for ales. 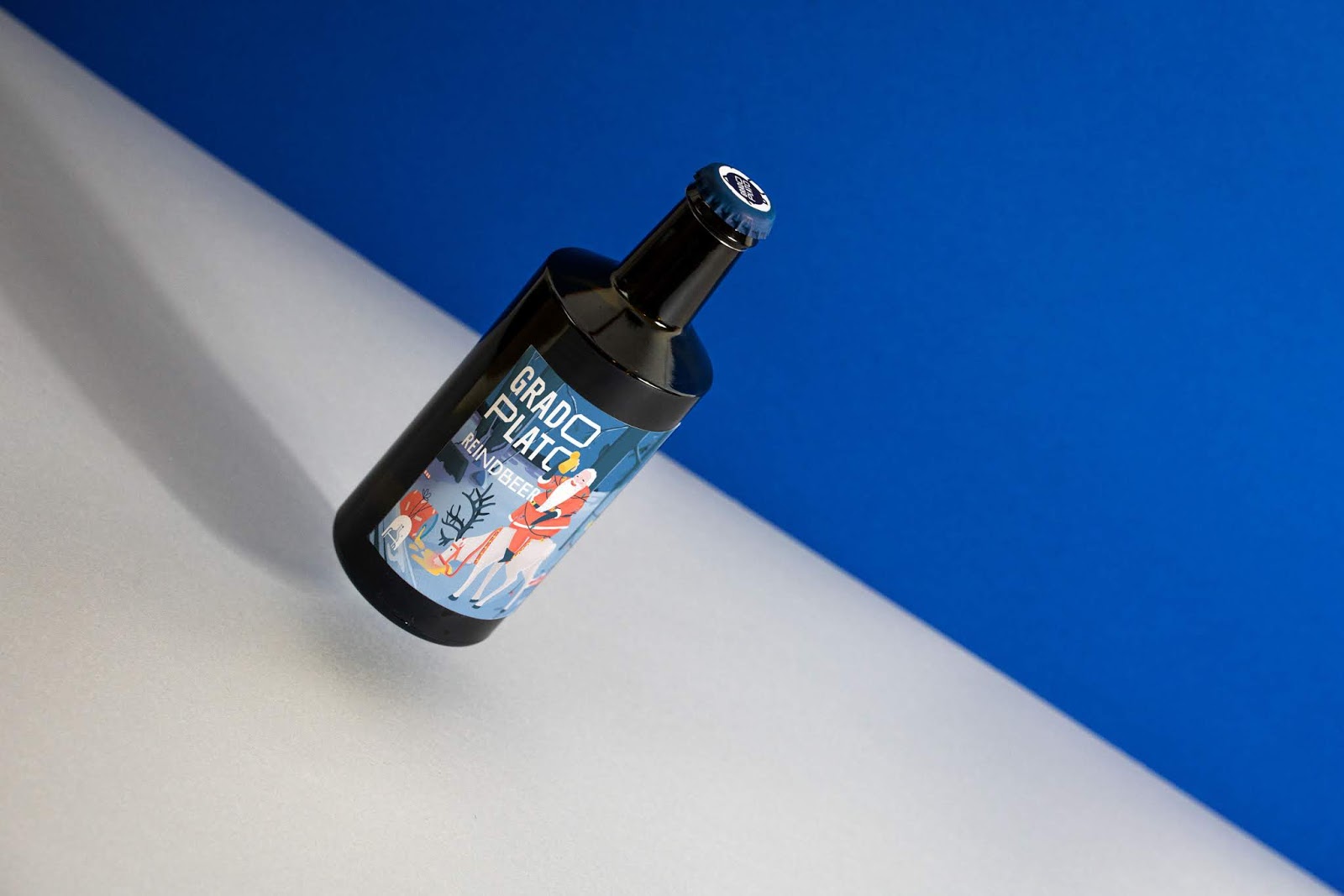 What's Unique?
While each illustration in highly unique, the label layout allows keeping each design consistent with the brand, while ensuring a better on-shelf impact. The visual system is extremely simple and flexible in order to allow the producer to improve and evolve the illustration system, in case a new illustrator is called in. 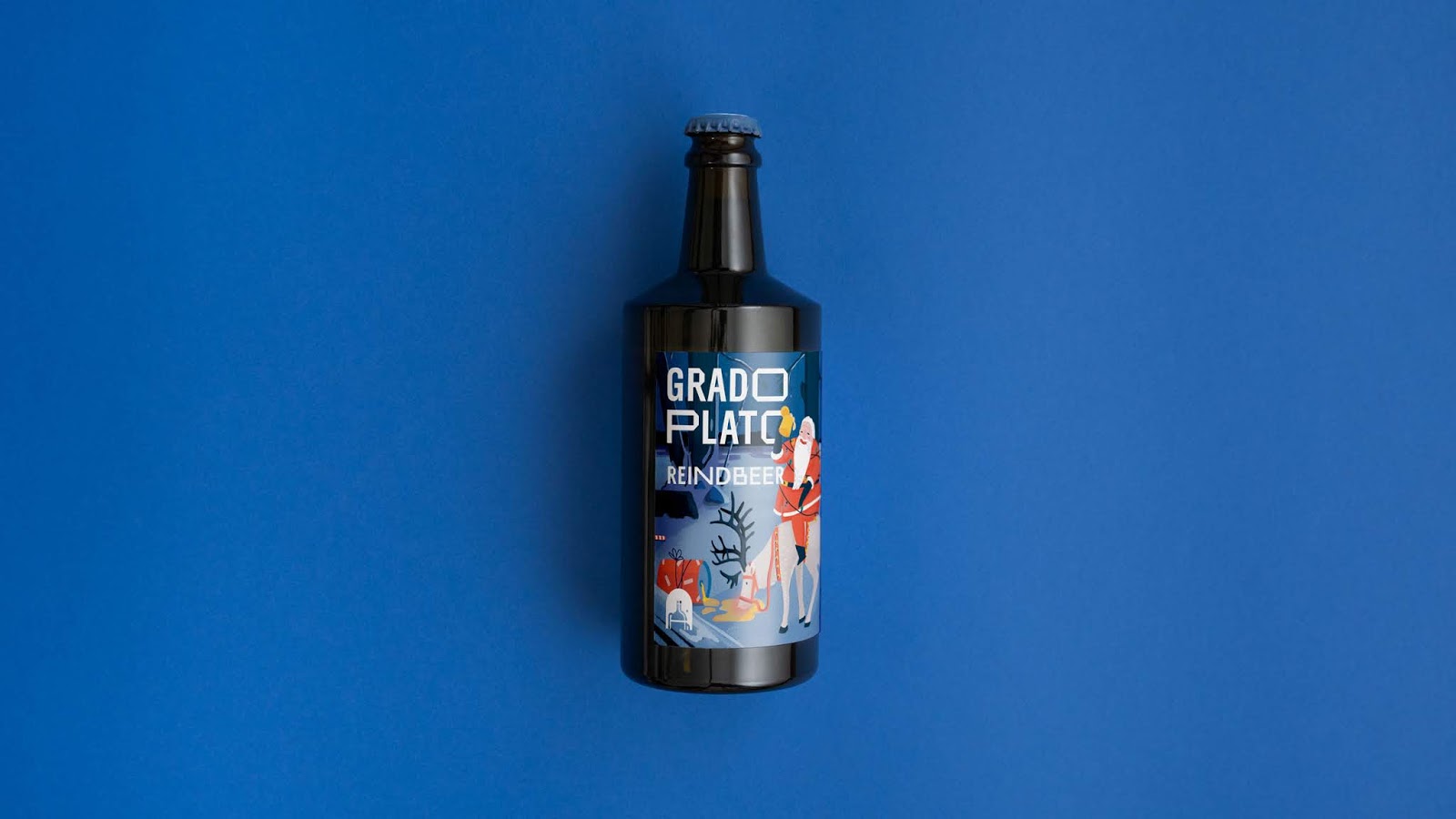 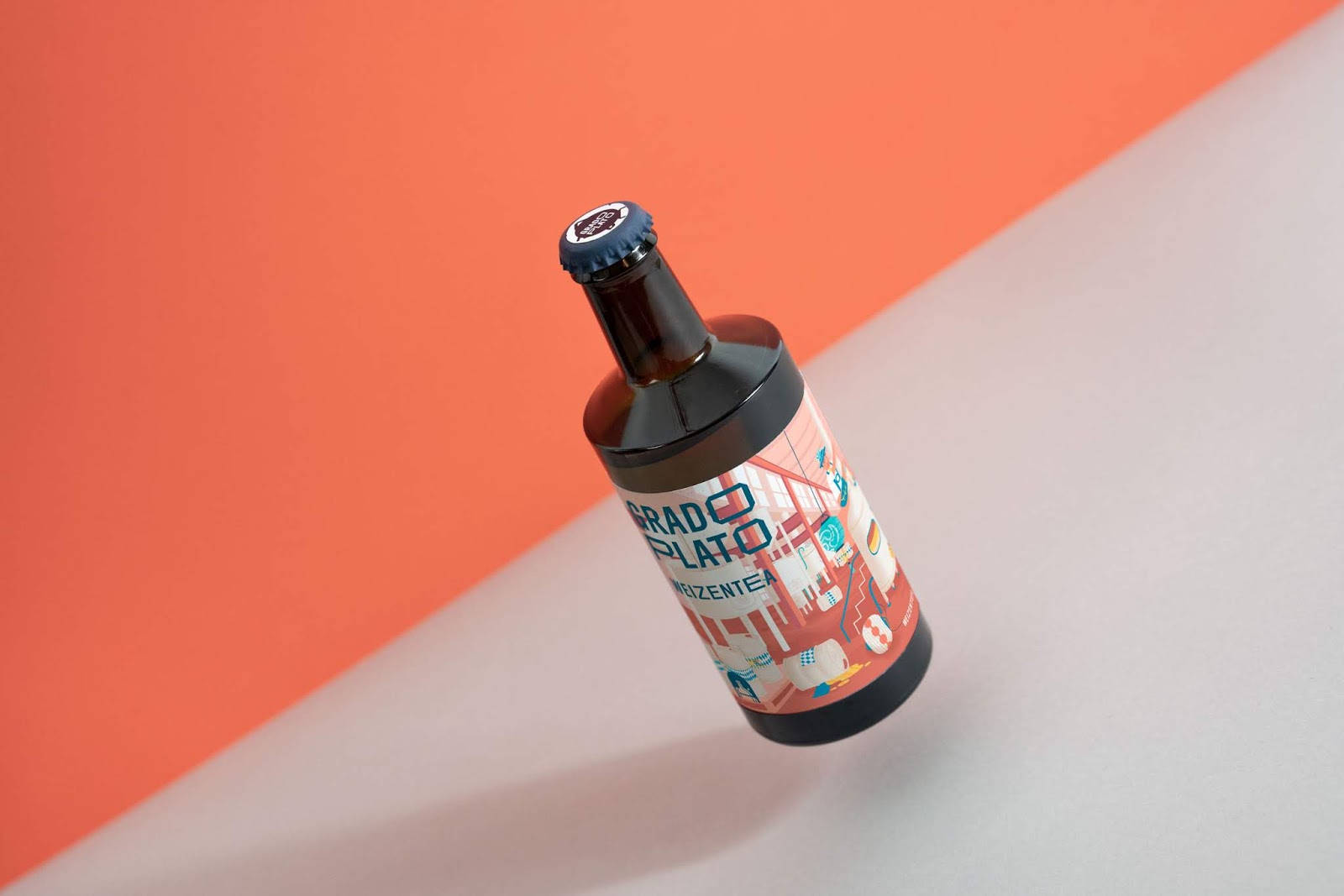