Nooch – is inactive nutritional yeast that is a natural substitute for cheese. For vegetarians, Nooch yeast works like cheese powder for any meal or snack. It’s so tasty that it’s so easy to «get hooked» on it and constantly use it in food. Therefore, Nooch lovers sometimes joke that it is «vegan cocaine».

Developing identity, we decided to use a «cocaine» metaphor. Letters in the name Nooch form «white paths», which in pop culture have become closely associated with cocaine. Also, the most popular country that comes to mind with the word «cocaine» is, of course, Colombia (recall at least the Colombian drug lord Pablo Escobar). On the trade flag of Colombia, you can find the symbol of a yellow star (✸) resembling Nooch flakes. Thus the main symbol of identity appeared. 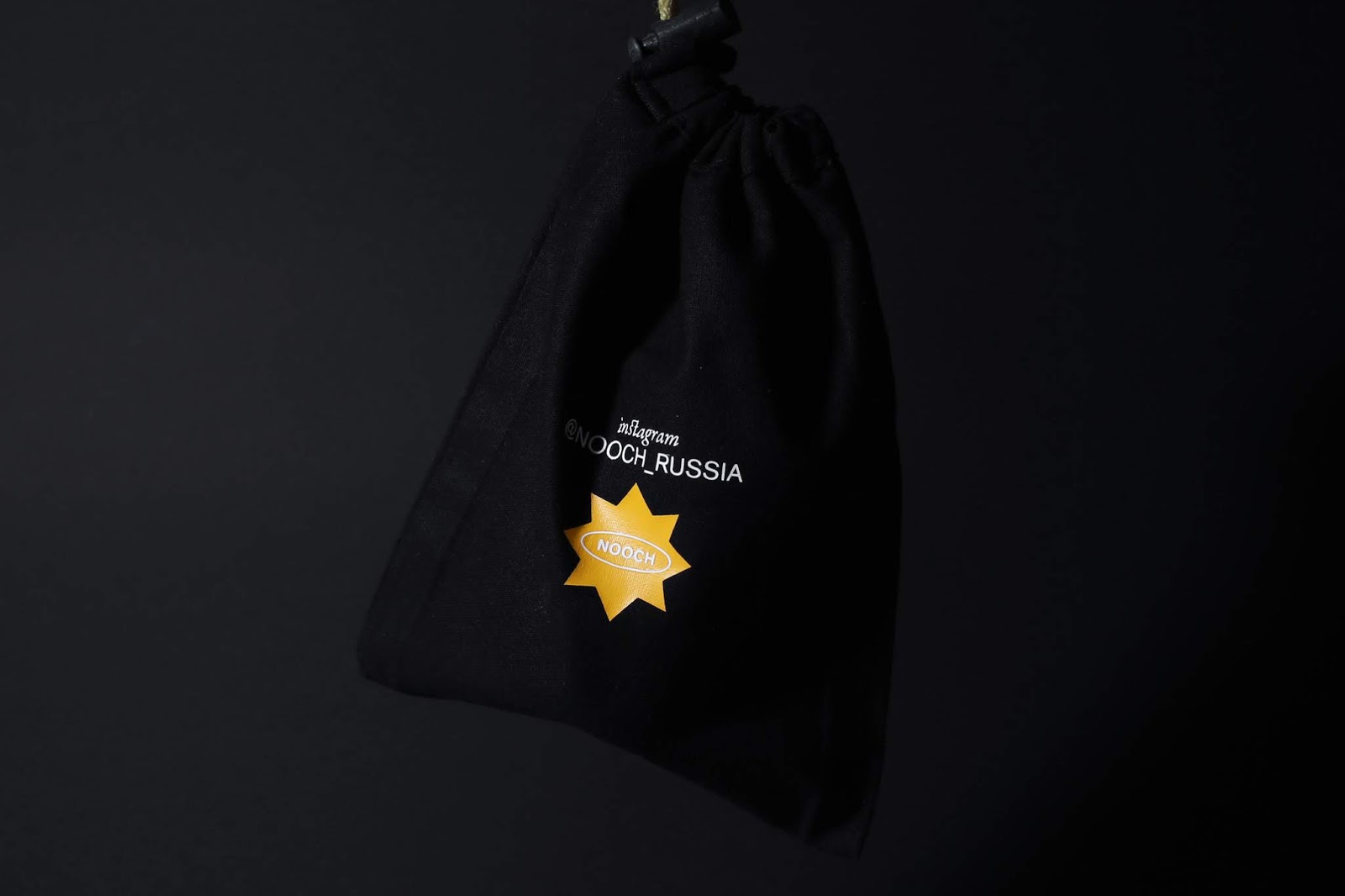 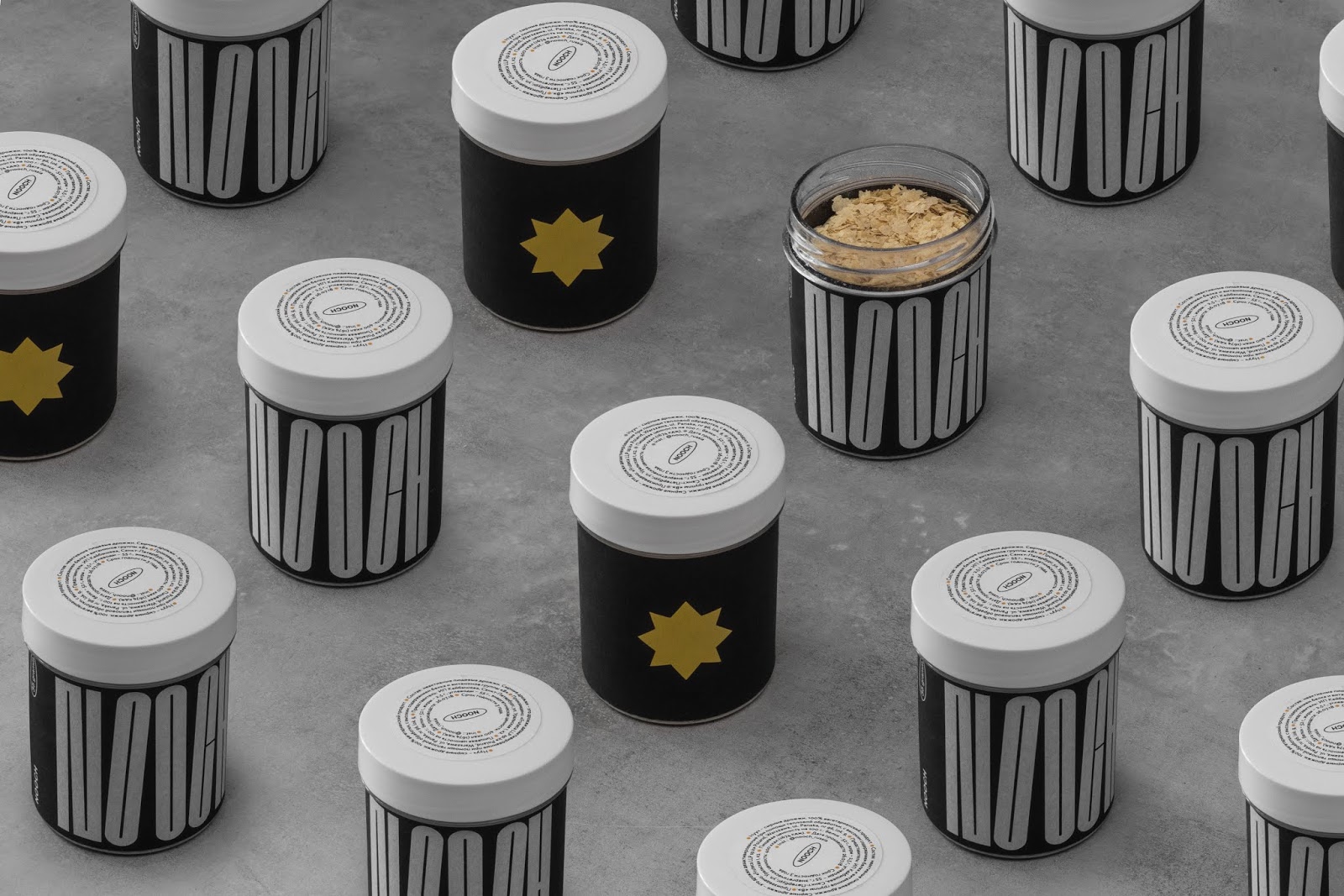 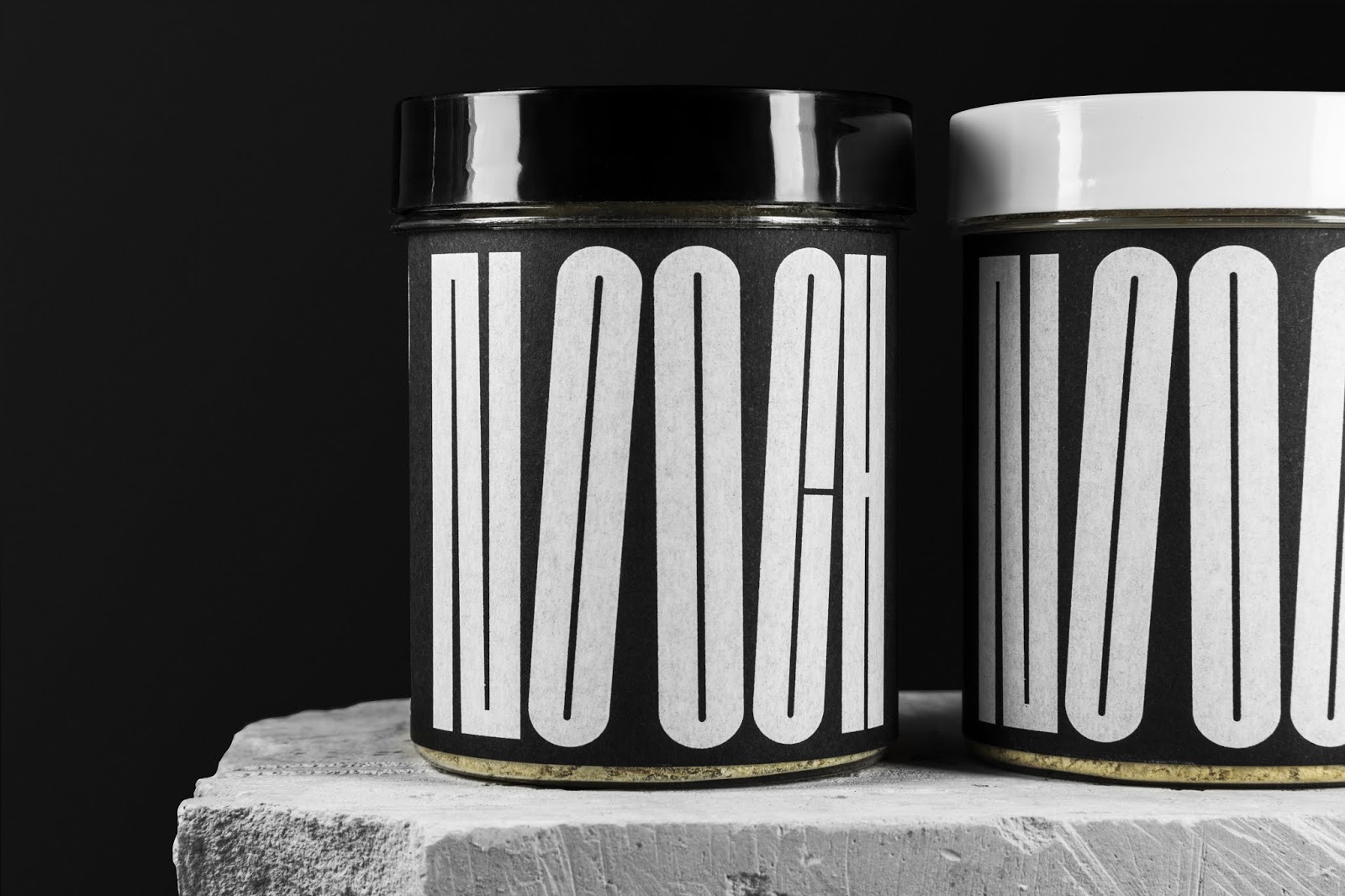 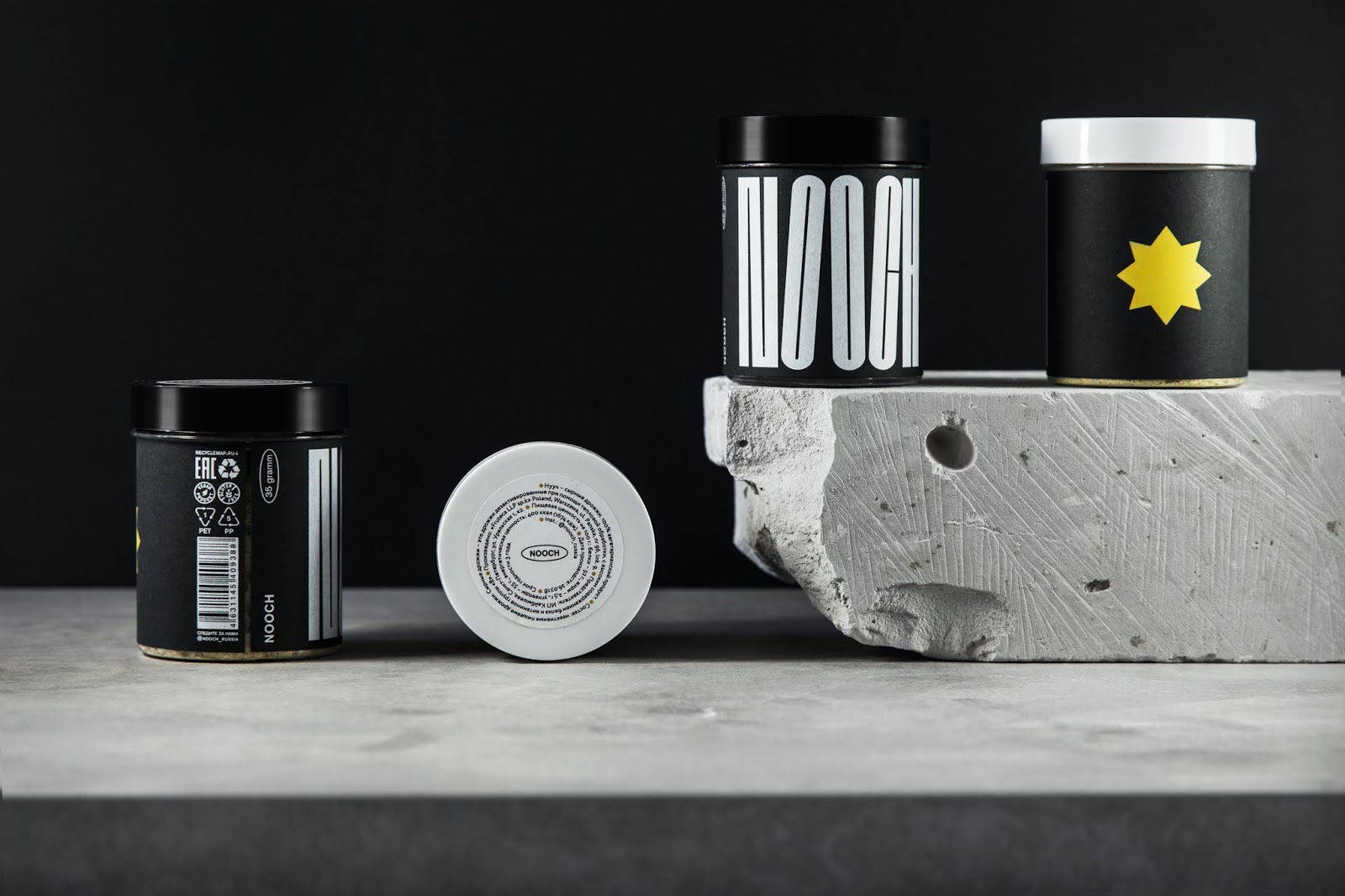 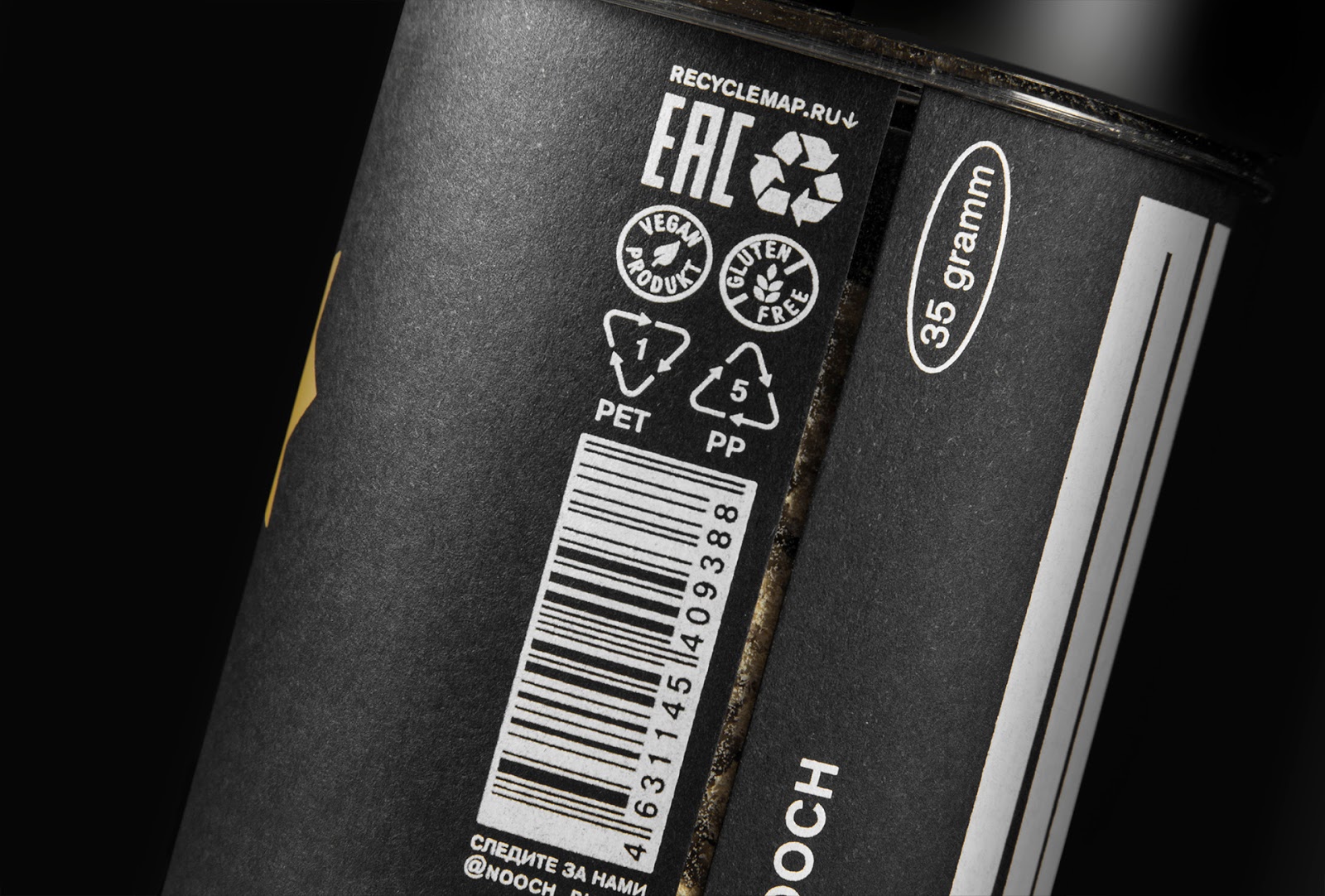 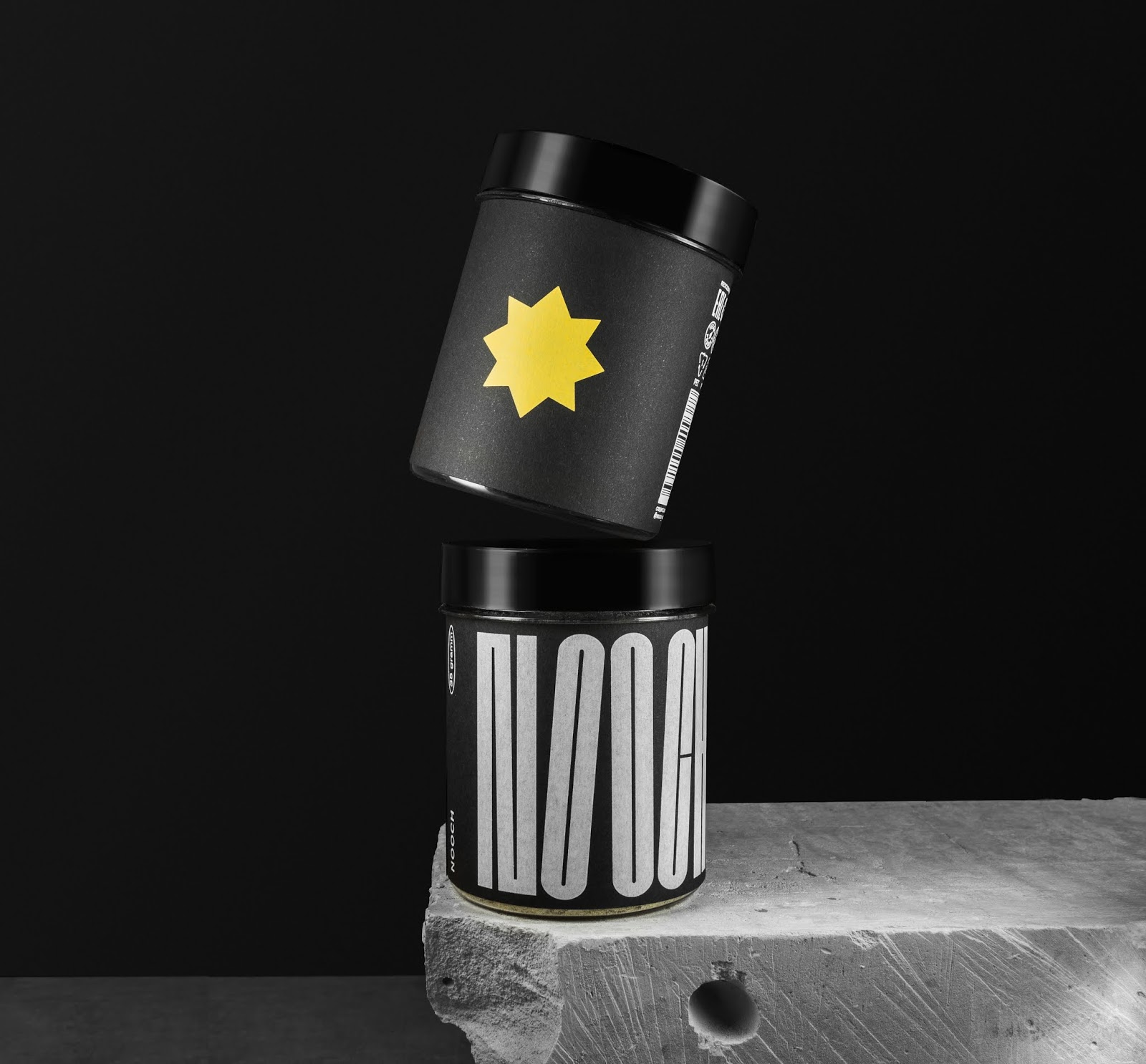 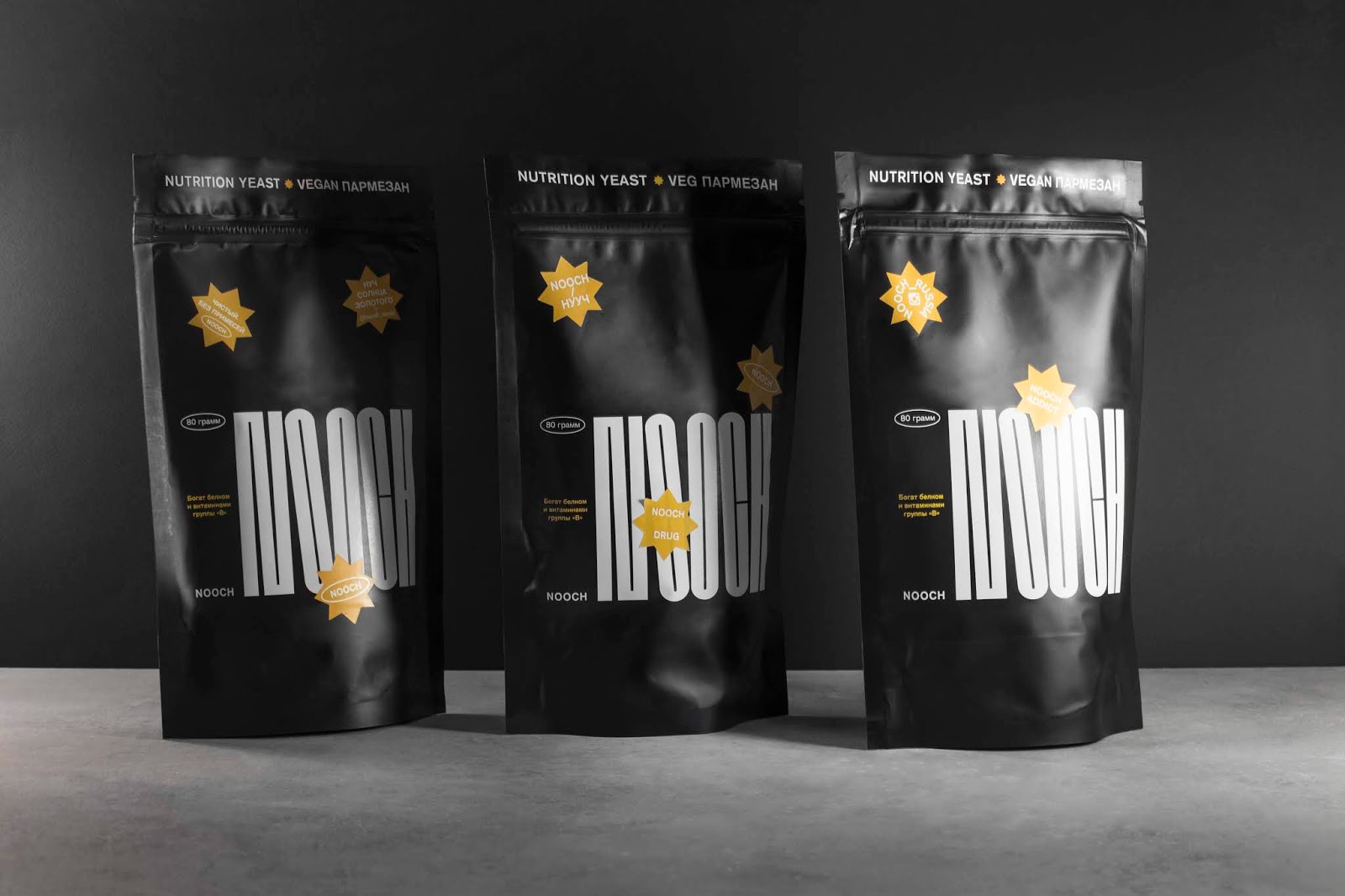 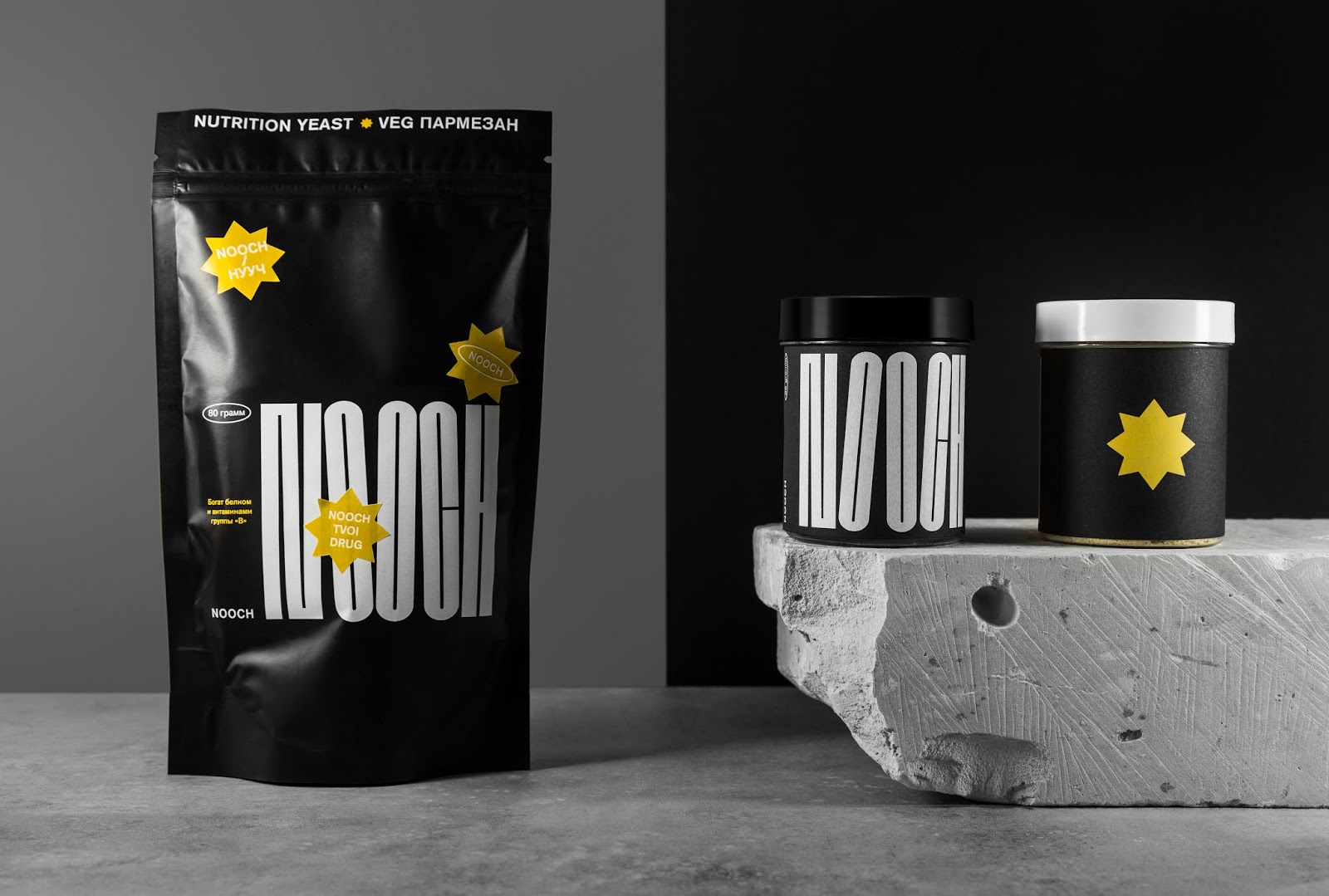 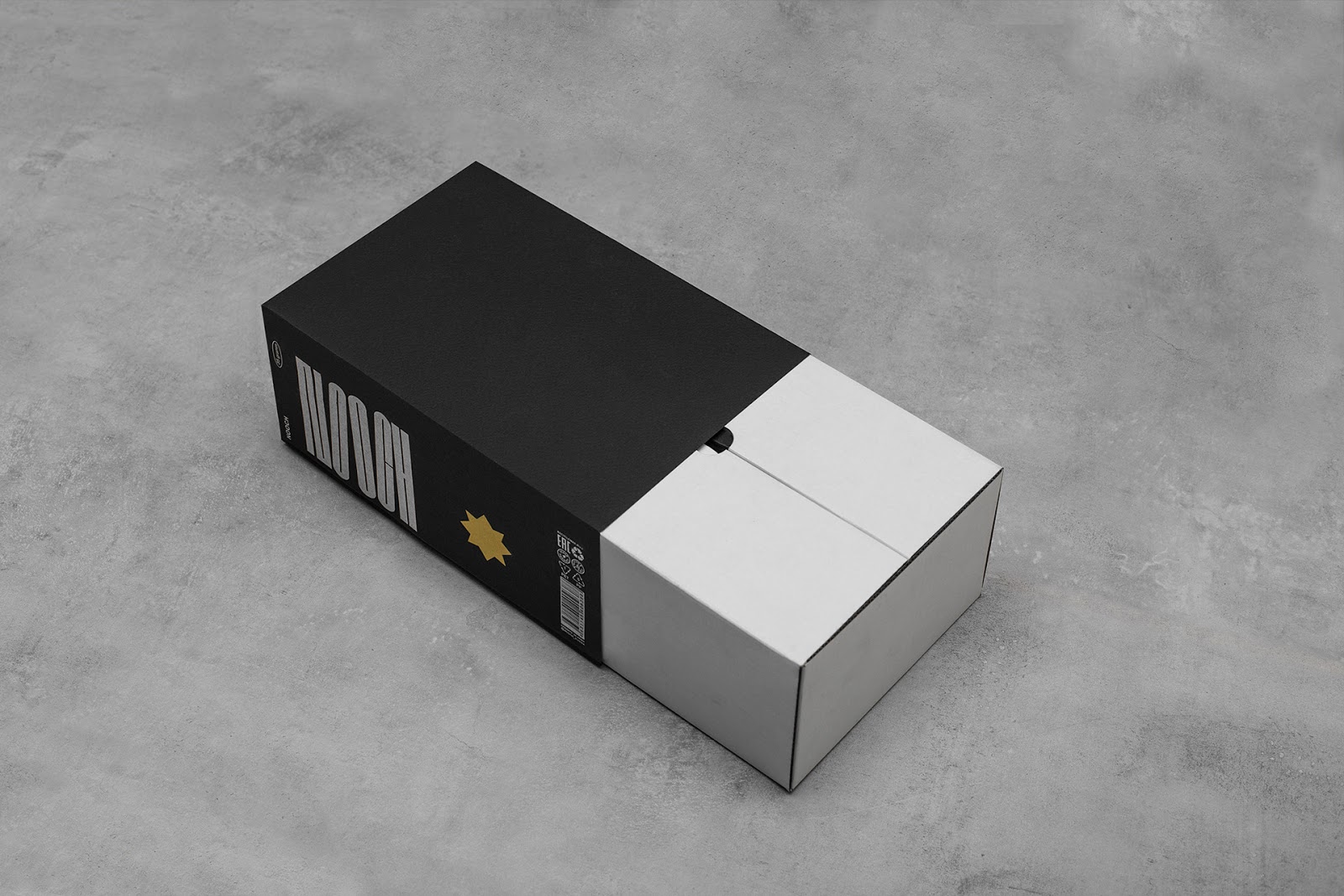